The Benefits of Early Sanctions Relief in North Korea 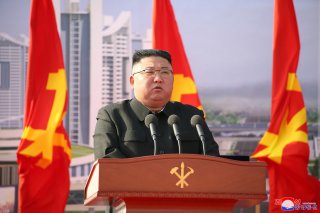 The Biden administration should offer partial sanctions relief focused on humanitarian goods and services early in its initial diplomatic outreach to North Korea. Doing so positively shapes a productive tonality and direction on U.S.-North Korean diplomacy by softening security threat misperceptions and by signaling a robust commitment to peace and engagement.

The coronavirus pandemic further isolated North Korea and exacerbated the country’s humanitarian crisis; for instance, some experts estimate that North Korea is about to exhaust its tuberculosis drug supply. And North Korea’s objection to the Biden administration’s recent attempts for engagement due to the United States’ “hostile policy” is indicative of its security-seeking nature. Early partial sanctions relief would be a confidence-building measure for U.S-North Korean relations, aid the North Korean people by lessening some suffering caused by the coronavirus and the larger humanitarian issue, and signal a different direction from previous U.S. strategies that were isolating and punitive.

Early partial sanctions relief, which does not undermine the deterrence of allies and does not aid in North Korea’s weapons of mass destruction programs, could lay the groundwork for a step-by-step diplomatic approach toward the objectives of the 2018 Singapore Declaration. This would build upon the shared goal towards denuclearization of and a stable peace regime of the Korean Peninsula. Such relief can manifest in more humanitarian exemptions like allowing laptops for humanitarian purposes as the current sanction regime has presented multiple steep barriers.

Providing early partial sanctions relief does not undermine deterrence and the long-term goal of denuclearization of the Korean Peninsula. In fact, it is a step closer as it could help foster productive engagement and dialogue with North Korea’s diplomatic units. North Korean officials like Choi Son Hui, who is the first vice foreign minister of foreign affairs, have claimed adherence to the “principle of power for power and goodwill for goodwill.”

Some experts and past state officials may attempt to argue that imposing more sanctions—rather than providing limited relief— is a better path forward because of a commonly held belief in the foreign policy field that if a country is subjected to enough pressure, it will collapse or be forced to negotiate. This has not only led to overreliance on sanctions and a sunk-cost fallacy in believing that sanctions are the end-all-be-all move to take, but it also overlooks North Korea’s adaptation towards international sanctions.

Sanctions lose their potency when a country builds alternative means to source goods or when the civilian population suffers while there is no real change to sanctioned behavior.

The United Nations panel of experts demonstrated North Korea’s continued sanctions evasion in its recent Feb. 2021 report. The report documents North Korea’s evolving use of the illicit maritime network for its imports and exports, its increased cyber theft, and attacks on financial institutions and defense industries. As the report makes clear, sanctions are not stopping North Korea from advancing its nuclear and ballistic missile programs, but they are exacerbating the humanitarian crisis in North Korea made worse by the coronavirus pandemic. Early confidence-building measures in the form of partial sanctions relief can help get U.S.-North Korean diplomacy on track by signaling that the Biden administration is open to a step-by-step approach and willing to take steps that address North Korea’s concerns.

Sang-Min Kim is a Herbert Scoville Jr. Peace Fellow at the Arms Control Association, working on issues related to the Joint Comprehensive Plan of Action (JCPOA) and developments on North Korea's nuclear and missile programs. Previously, he served as the Open Source Fellow for a legal mechanism in the Office of the High Commissioner for Human Rights and was the Human Rights Center Fellow and Project Manager at the Human Rights Center in the UC Berkeley School of Law.