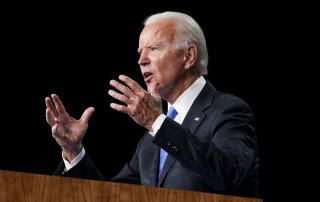 Under Biden, American North Korea policy will likely return to the reassertion of a more “conventional” foreign policy response to the world’s changing environment: Russia’s continuing assertive policies along its borders and China’s brandishing of its growing economic and military power. A Biden administration will work to reposition American prestige in the region.

Consequently, it is likely that U.S. policy toward the Korean Peninsula, and specifically North Korea, will return to an integration of regional players, especially China, in an effort to minimize the potential for North Korean adventurism.

Biden has suggested that the Chinese challenge to the United States will be a central concern of a Biden administration. Given the dismal state of U.S.-Chinese relations at present, it is reasonable to anticipate that the United States under Biden will return to attempting to remedy China’s unfair practices in international trade, including issues related to the theft of intellectual property rights.

Biden would likely try to do this by incremental or measured retaliation with allied trading partners. Indications are that the foreign policy of a Biden presidency will reinvigorate what had been American positions on adherence to and respect for international law and human rights.

Militarily, America will attempt to repair its role as a security guarantor in Asia in close cooperation with Asian allies and the regional role and presence of U.S. forces will be strengthened in tandem will the rhetoric of shared values and cooperation with democratic governments.

Lastly, the political economy of the United States may be the decisive variable in determining the path of American North Korea policy. The Democratic Party is likely to engage in conflicted calculations on how to best achieve economic recovery in the post-coronavirus pandemic period. Demands for progressive social and economic reforms will conflict with neo-liberal economic policy, and this will contribute to altering foreign policy decisions related to U.S.-China relations. This intersection of economic, political, and security interests will probably shape American policy toward North Korea for years to come.

Grażyna Strnad is an Associate Professor in Adam Mickiewicz University’s Faculty of Political Science and Journalism and the Vice President of the Polish Korean Society.