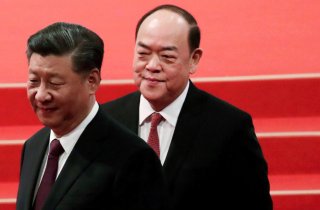 Can China be a real partner in bringing North Korea to the nuclear negotiating table?

Yes, it can. But perhaps the better question is whether it will be motivated to do so. Recent geopolitical changes suggest a pessimistic conclusion: while Beijing may have an interest in not having a nuclear-armed North Korea at its border, it may be less motivated to press North Korea in that direction than in the past.

While the US has often criticized China for having been reluctant to crack down on North Korea’s illegal activities, on the political front, China is known for its positive role as one of the participants in the Six-Party Talks in the 2000s, and, in the 1990s, for urging Pyongyang to engage in nuclear negotiations with Washington. It urged Pyongyang to engage in nuclear negotiations with Washington. China’s desire to improve and maintain its relationship with the United States, which has been crucial to the continued influx of foreign technology and investment into China, was an important motivation for these coordinated diplomatic efforts. At that time, improving Beijing’s external environment and international image in order to facilitate China’s growth was of great importance. The same economic consideration also resulted in the establishment of the official China-South Korea diplomatic relations in 1992 at the cost of Beijing’s significantly reduced leverage with Pyongyang.

Thus, collaboration with the United States on North Korean nuclear issues in the 1990s and the 2000s served China’s strategy of strengthening itself without causing alarm, or, in the words of Deng Xiaoping, “hiding one’s capabilities and biding time.” China has since then established itself as a global superpower.

In recent years, the disputes between China and the United States around human rights, intellectual property, trade practices, the South China Sea and the Taiwan Strait have deepened. China no longer hides its capabilities, as the United States sees China as “the biggest geopolitical test of the century.” The strategic competition has been set in motion.

For its part, North Korea is closely observing these changing dynamics. In a July 1 letter to Chinese leader Xi Jinping congratulating him on the one-hundredth founding anniversary of the Communist Party of China, North Korean leader Kim Jong-un vowed to advance together with China toward a brighter future despite the “complicated international situation.” Rodong Sinmun, the newspaper of the Workers’ Party of Korea, called for the “complete resurrection of the friendly and cooperative relations” between China and North Korea. Facing isolation from the West, the unity between the two countries is reminiscent of the China-North Korea alliance under Mao’s time. Such a deepened bilateral relation could also result in the disarmament of North Korea becoming a lower priority for China.

As articulated by Secretary of State Tony Blinken, Washington’s relationship with Beijing under the Biden administration will be “competitive when it should be, collaborative when it can be, and adversarial when it must be.” While it is possible that collaboration on North Korean issues could serve as a bargaining chip or a moderator in China-U.S. relations, it is questionable whether Beijing would be motivated to invest its political capital in bringing the DPRK back to the negotiating table under the current circumstances.

Xu Tianran is an Analyst for Open Nuclear Network (ONN), a programme of One Earth Future. He is an expert on open source analysis and military technology, with a particular focus on Northeast Asian security and missile systems.