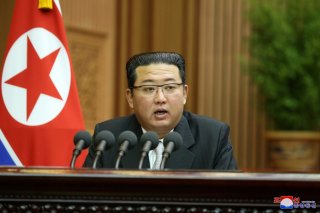 “If you tell them that you went to a church and believed in Jesus, they would not stop at just beating you.” These are the words of North Korean defector Lee Kang In, quoted in a report released last week by UK-based human rights group Korea Future. The report adds substantial evidence to what the world already knows—North Korea is not just a national security threat; it is the world’s worst violator of human rights.

Utilizing interviews with North Korean defectors who fled their country over the past two decades, the report studied 167 incidences of persecution against ninety-one Christians taking place between 1997 and 2018. Offenses include arbitrary deprivation of liberty; refoulement; and torture or cruel, inhuman, and degrading treatment.

The report also studied 227 cases of persecution against 151 individuals who practiced Shamanism. While shamans (fortune tellers) suffer abuses, including criminal sentences, most are released within a few years. Meanwhile, most of the detained Christians documented in the report are in political prison camps and unlikely to ever be released.

The North Korean regime’s goal is to make it impossible to be a Christian in North Korea. The Ministry of State Security searches out perceived domestic threats to its power. Since the regime considers Christianity to be a domestic threat, holding Christian beliefs is a political crime, and agents seek out and arrest anyone suspected of having such beliefs. Korea Future found that suspects are held in a web of holding centers, detention centers, internment camps, and political prison camps.

Yet, one of the primary ways that North Korean agents identify Christians might be with the help of the Chinese government. The report documented twenty-five cases in which Christian North Korean defectors were caught and repatriated from China. In these cases, Chinese authorities interrogated the defectors about possible Christian affiliation and documented their answers before handing the defectors over to the North Korean agents. If a defector had engaged in Christian activities while in China, the Chinese authorities placed a certain stamp on their files to inform the North Korean agents that they had. The report notes that the presence of these stamps increased the likelihood that these individuals would face brutal punishments.

This is especially concerning, given that most Christians in North Korea today converted to Christianity after being exposed to Christian missionaries or being helped by Christian churches in China. The Chinese government knows exactly what type of treatment Christians will receive upon their repatriation. Yet, Chinese authorities send believers back with the contemporary equivalent of the Nazis’ yellow stars, marking them to receive the harshest treatment.

The brutal torture endured in North Korean detention is difficult to imagine. One former detainee told the report’s researchers that after another detainee was caught praying, they were beaten every morning for twenty days in a row. Other witnesses recounted beatings with fists, steel rods, or even logs and being made to endure positional torture by holding a painful physical position for hours a day.

In several cases, victims were detained over their possession of a Bible, sometimes with their entire family. In one documented instance, the detained family included a two-year-old. Korea Future’s report highlighted one particularly disturbing incident:

Ko Sun Hee, who was detained at Onsong County Ministry of State Security Detention Centre, observed how correctional officers would make detainees suspected of studying the Bible stick their heads between the steel bars of a cell door. The officers would then strike the detainees’ heads until “blood spurted upwards.”

Mounting evidence of egregious human rights abuses is not something the free world should brush aside as it tries to manage the tense security situation caused by North Korean dictator Kim Jong-un. As it stands now, the Biden administration has yet to even announce its formal policy regarding North Korea. But Kim’s recent underwater missile test launched from a submarine is just one of many signs that he has no inclination to play nice on the world stage.

Thus far, President Joe Biden has not prioritized North Korea during his presidency. But Kim might not always let that be an option. When the Biden administration decides to get serious about North Korea, human rights need to be front and center in any negotiations. China must also face global condemnation for its part in repatriating defectors and directly enabling abuses perpetrated against repatriated defectors. Subjected to life in a totalitarian regime, the North Korean people are not in a position to speak for themselves. The free world can and must speak up for them.

Arielle Del Turco is Assistant Director of the Center for Religious Liberty at Family Research Council.