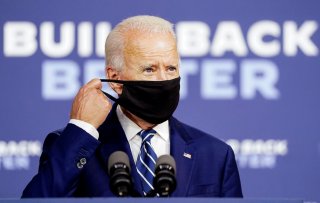 The upcoming November presidential election in the United States will be held at a time when the country’s economy is worsening due to the coronavirus pandemic. As international interest increases about who will occupy the White House in 2021, the issue of the diplomatic relations between the United States and North Korea will become more noticeable.

During the last presidential election, the most astonishing targets of Donald Trump’s campaign were Russian and Third World dictators, especially communist dictators such as those in China and North Korea. President Trump subsequently met with Kim Jong-un three times during his first term, which, unlike for his father Kim Jong-il, gave Kim Jong-un an opportunity to stand on the international stage. President Trump says he will meet with Kim Jong-un again if he is re-elected, but Joe Biden is not inclined to proceed with such a meeting and leans more toward isolating North Korea, making it once again a neglected state as was the case under the prior Obama administration.

At the time of the 2019 Vietnam talks, North Korea, unlike during the Singapore talks, publicized and opened details of Kim Jong-un’s overseas visits to North Korean citizens. Even though the Rodong Shinmun is a media organization which requires careful scrutiny, never before in North Korea’s history has there been a broadcast of the leader’s visit to Hanoi within just a few hours of the event. It shows the people of North Korea that Kim Jong-un is not a clumsy leader as Kim Jong-il was, and this, along with the economic downturn in North Korea, will attract the attention of North Koreans who know of another North Korea to start a rebellion through world media.

I am disappointed with President Trump because he did not raise the human rights issue of North Koreans in his first meeting with Kim Jong-un in 2018, but he is the first American president to talk about the forced repatriation of North Korean defectors by the Chinese government, especially in the war of words with the Communist Party and the dictatorship on international affairs. At the Korean National Assembly in 2017, President Trump made the following comments on the human rights abuses experienced by North Korean defectors repatriated from China.

“So why would China feel an obligation to help North Korea? The horror of life in North Korea is so complete that citizens pay bribes to government officials to have themselves exported abroad as slaves. They would rather be slaves than live in North Korea. To attempt to flee is a crime punishable by death. One person who escaped remarked, ‘When I think about it now, I was not a human being. I was more like an animal. Only after leaving North Korea did I realize what life was supposed to be.’”

We now need a leader who will boldly fight the Communist Party and fight for all those who are oriented towards liberal democracy and love freedom.

Jihyun Park is a North Korean defector and human rights activist. She currently serves as a Reporter with Radio Free Asia, as Outreach Director at Connect: North Korea, as Co-Director of Stepping Stones, and she is co-author of Deux Coréennes.