Could Joe Biden Work With China to Denuclearize North Korea? 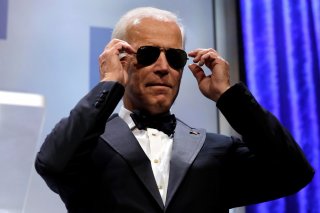 It seems quite challenging to commit to the denuclearization of North Korea at the beginning of a new Joe Biden administration, as the administration would need to prioritize restoring U.S. global leadership and historical relationships with longstanding allies and partners, which has been a consistent campaign message. North Korea could attempt provocations such as nuclear or long-range missile tests in the first couple of months of the new administration in order to draw attention and increase its leverage in starting negotiations with the new team. However, this would likely result in tightened sanctions, as indicated in Biden’s New York Times interview, and would also likely blow the opportunity of a potential high-level summit ideally between Biden and Kim Jong-un, setting the nature of the relationship between the U.S. and North Korea going forward.

Based on Biden’s interviews and speeches, the following key questions should be addressed further in order to understand his North Korea strategy. First, what is Biden’s ultimate policy goal to achieve in terms of denuclearization? What is “the right formula of sanctions enforcement and sanctions relief” that a Biden administration would employ to achieve its goal?

Second, how would a Biden administration define the role of China for its North Korea policy and insist China join the United States in pressuring Pyongyang? Given deteriorating U.S.-China relations, particularly with the coronavirus pandemic crisis, would a Biden administration be able to enlist China’s cooperation voluntarily or force China to support the U.S. efforts to denuclearize North Korea?

While it is beyond the scope of this short essay to answer all the questions above, it is worth emphasizing what Kamala Harris and Susan Rice said with regards to North Korea. Harris said that “simply demanding complete denuclearization is a recipe for failure,” and that she “would consider targeted sanctions relief to improve the lives of the North Korean people if the regime were to take serious, verifiable steps to roll back its nuclear program.” In her 2017 op-ed, Rice argued the importance of tightening sanctions and increasing Pyongyang’s political isolation, given that “it is highly unlikely to relinquish its sizable arsenal because Mr. Kim deems the weapons essential to his regime’s survival.” One clear thing is that the current geopolitical environment is a lot different from that of the Obama administration, even if Biden would consider “strategic patience” again to deal with U.S. adversaries.

Certainly, how to deal with China is a top priority for Biden’s foreign policy, and his North Korea policy should be aligned with his China policy in order to implement a sustained, coordinated campaign for a denuclearized North Korea.

Dr. Miyeon Oh is a Director and Senior Fellow of the Asia Security Initiative in the Atlantic Council’s Scowcroft Center for Strategy and Security.