An Economic Blueprint for North Korea 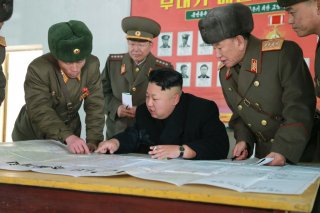 Acts of outrage are committed by North Korea with alarming regularity, and unsurprisingly the country featured heavily in the recently concluded summit between President Joe Biden and South Korean President Moon Jae-in. The latest conflict between Israel and Palestine has been held in abeyance by a fragile ceasefire, and a two-state solution is looking ever more distant. Given these situations, it might seem downright naïve to engage in exercises to develop futuristic plans for prosperity. However, they do serve a useful purpose for several reasons.

Unlike competition over land or political positions, where a win for one typically implies a loss for the other, economic development is not a zero-sum game for nations. The last few decades have shown it is possible to create wealth and surplus to benefit all nations. For instance, investment by developed country investors seeking higher returns to their capital in less-mature markets has fueled the increase in economic standards of living in many emerging markets. And international trade is based on the explicit premise that all trading countries can become better off in the aggregate by exchanging goods and services based on specialization in sectors in which they have a comparative advantage.

This process of globalization has hardly been smooth, and the surplus has not been evenly shared, but it is hard to dispute the eradication of poverty and the improvement in global wellbeing it has ushered. Therefore, pondering the prospect of economic integration and development can sometimes break the logjam in thinking, steering the mindset of all concerned from unsolvable conflicts into the realm of the possible.

As intractable as current geopolitical conflicts might seem, drastic changes to the status quo have occurred. China moved from being a socialist country based on collective ownership to embracing private property and a market economy. The Soviet Union did eventually collapse, and member countries undertook market reforms, albeit with varying success. And even as conflicts rage in many parts of the world, ASEAN’s Treaty of Amity and Cooperation to “promote perpetual peace and cooperation,” continues to attract new signatories, now numbering over forty nations. When the unimaginable breakthrough does happen, it would be helpful to have handy roadmaps for economic reform such as one developed for North Korea.

RAND recently published an atypical study on North Korea. It is silent on sanctions and denuclearization, and the peace process through which the country could become integrated with the global community. Instead, using foreign investment as an organizing framework, it engages in blue-sky thinking on a blueprint for economic development in one of the poorest countries in the world once the country becomes ready for reforms. The study was in part inspired by yet another RAND report from over a decade back, which examined how a Palestinian state, if created, could be made successful.

Conflicts and economic development are interrelated in complex ways. Poverty and lack of opportunities tend to create internal and external conflicts. And endemic conflict can in turn affect economic outcomes. The role of international trade in bringing about peace among countries has been long recognized. For instance, a World Bank report finds evidence that in the West Bank and Gaza during the Second Intifada increases in export revenues were associated with subsequent lower levels of conflict. Therefore, careful consideration of the process of global integration and economic development could highlight the potential avenues for cessation of conflicts and reforms, breaking the vicious cycle underlying a “conflict trap.”

Highlighting the mutual benefits that could accrue to a government in power and its people could even make it consider reforms unilaterally. The RAND study recommends the formalization of jangmadang, informal markets that have proliferated across North Korea since the failure of its public distribution system after the famine of the 1990s. The communist regime tolerates the existence of these market institutions out of necessity, and owners often bribe officials to ensure continued operation. Formalization could empower the shop owners while creating tax revenues for the government. The rise of the donju class of traders and businessmen willing to invest in larger enterprises makes less far-fetched the possibility of market reforms in North Korea.

Likewise, firming up dispute resolution mechanisms in special economic zones, in which much of existing foreign investment and industrial activity occurs in North Korea, easing restrictions, and protecting investment, has the potential to create much-needed jobs for North Korean workers, revenues for the government, and returns to foreign investors.

It would be simplistic to think that developing detailed blueprints for economic development could on its own cut through decades of conflict and mistrust, triggering political and economic reform. But by expanding the terms of the debate and highlighting the mutual benefits that could accrue to the various parties it might move the needle on peace by just a bit. Imagine that.

Krishna B. Kumar directs international research for the nonprofit, nonpartisan RAND Corporation, and the Pardee Initiative for Global Human progress at the Pardee RAND Graduate School. He recently led a RAND Corporation study titled, From Hermit Kingdom to Open for Business: Developing a Blueprint for North Korea’s Economic Development.