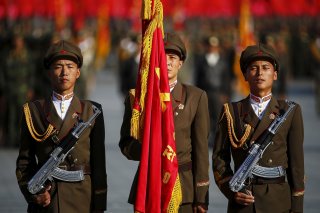 North Korea’s corn prices have surged to levels that haven’t been seen since the currency reform of 2009.

On February 7, days before the Lunar New Year’s holiday, corn prices stood at 2,200 North Korean won (KPW) per kilogram. But just fifteen days later, prices were found to have climbed by more than 60 percent. For example, on February 23, the price of corn in Hyesan, Yanggang Province, was 3,600 KPW per kilogram.

Similar trends in corn prices were witnessed in other regions as well. In Sinuiji, North Pyongan Province, corn was trading at about 2,000 KPW in early February but suddenly rose to the 3,000 KPW level by the middle of the month. As of February 23, the price had not reverted to the lower prices.

In a recent interview with Daily NK, one source located in South Pyongan Province was quoted as saying that “the authorities ordered the production of snacks and candy made of corn as supplies for the holidays.… Because of this, the price of corn skyrocketed within just a few days.”

“Corn had traded in the low range of 2,000 KPW in early February. The price suddenly rose to 3,000 KPW on February 11, the day before the holidays, and remained at a similar level until February 23,” the source said.

This year, however, North Koreans have suffered more so than in previous years due to the ongoing coronavirus pandemic and economic sanctions stemming from its nuclear weapons program.

“As a result, (the North Korean authorities) ordered the production of relatively cheap corn-based food products in a desperate attempt to reduce holiday supply costs, which suddenly lowered the markets’ supply of corn,” the source said.

The source added that North Koreans have voiced their concerns over the elevated prices. Corn is often consumed by citizens there during difficult economic conditions because it can usually be purchased for about half the market price of rice.

“More and more people are starving as the price of corn, which you were once able to buy for 2,000 KPW, suddenly increased to more than 3,000 KPW,” the source said.

“People everywhere are complaining about the price increase, so (the authorities) may be trying every which way to lower the prices. We will have to wait and see if the prices will actually decrease again.”

Food insecurity and lack of dietary diversity have long plagued the isolated East Asian nation. Crop failures in recent years due to dry spells, heatwaves, and flooding during the growing season have often left the country with a food deficit that sometimes reached more than a million metric tons, according to reports by the United Nations and affiliated organizations.

For example, the aggregate 2018-2019 food crop production was estimated to be roughly five million metric tons, which was the lowest level seen since the 2008-2009 season.