The Future of U.S.-North Korean Relations Hangs on the 2020 Election 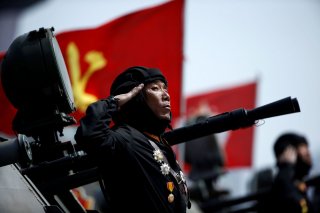 As we near this year’s halfway point, it is worth taking a closer look at some key upcoming events that could impact US-DPRK relations.

The first date to watch will be October 10, the 75th founding anniversary of the Worker’s Party of Korea (WPK). Kim Jong-un could possibly use the occasion to showcase or launch the new strategic weapon he’s been talking about since last year, or to fire off other missiles to mark the occasion. Still, it is unlikely we’ll see a nuclear weapon launch since that would be a sure way of shutting the door on talks with both the U.S. and South Korea. Not to mention, such a move would also risk alienating Pyongyang’s much-needed support from its Chinese and Russian allies.

The second important event to look at this year will be the U.S. elections. U.S.-DPRK relations could evolve in very different ways in 2021 and beyond depending on who the American president is. That being said, if Trump gets re-elected, U.S.-DPRK relations are more likely to proceed in the right direction and diplomatic engagement with North Korea will have a higher chance of being on the U.S. president’s foreign policy agenda.

But predicting what U.S.-DPRK relations would look like with a Democrat in office is much more difficult. Joe Biden, the only viable threat to Trump’s re-election bid, has repeatedly expressed his disapproval of Trump’s North Korea policy. Unlike Trump during his 2016 campaigns, Biden has given no indication that he would be willing to meet with Kim Jong-un or actively engage in diplomacy with North Korea. In fact, his North Korea policy remains unclear, only vaguely alluding that pressuring China would keep Pyongyang in check (because that has worked so well in the past).

A Biden presidency is also unlikely to be anywhere near as engaged with the North Korea issue as the Trump Administration has been. Yes, we are still far from achieving any kind of denuclearization deal, but U.S.-DPRK relations in 2020 are unarguably much better off than they have been in a long time.

Still, a second term for Trump does not guarantee smooth sailing on the Korea issue for the next four years. The actual state of bilateral relations will depend on two main things: Trump’s priorities and the people he puts in charge of the actual negotiations with North Korea.

Although Trump would want to leave a solid foreign policy legacy behind after he leaves office, it is unclear whether this will have anything to do with North Korea and what his true priorities will be. He might choose to focus on the Israel-Palestine issue instead or maybe even have a go at playing the hero in South America by ousting Maduro. Who knows?

The issue of the negotiators is another relevant point. The main reason why Trump’s past talks with Pyongyang fell through was because of the hawkish figures conducting unreasonable diplomacy; mainly former National Security Adviser John Bolton. Whoever is in charge of negotiating with the DPRK has to understand that taking a ‘maximum pressure approach’ without lifting any sanctions and expecting Pyongyang to miraculously agree to start denuclearization with no concrete rewards is just not going to happen. Why on earth would they do that? Years of sanctions have shown that 1) the North Korean regime won’t collapse so easily; 2) they have various alternative sources of income to ensure survival; 3) it just makes them angrier and want to test more missiles; 4) it makes them view the world as a hostile enemy that wants to bring them to ruin; and that’s not exactly what you want your negotiating partner to think.

North Korea will never, ever genuinely give up its nuclear weapons if the U.S. sticks to this approach. Whoever is sitting in the Oval Office has to ingrain that into their mind and stop uselessly wasting time and prolonging this 70-year conflict any further.

Gabriela Bernal is a Translator for Daily NK and the Founder of The Peninsula Report.