The Hanoi Summit – We Asked Cynthia Lazaroff What Happens Next in U.S.-North Korea Relations 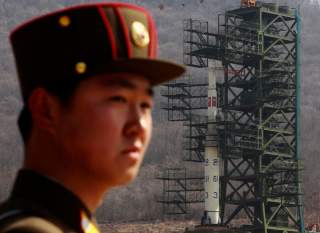 With the collapse of the Hanoi Summit, seeing the photos of U.S. national security advisor John Bolton beside president Donald Trump and North Korean leader Kim Jong-un, we in Hawaii once again have to be concerned about a shift back to brinkmanship. At the height of the “fire and fury” last year, we experienced thirty-eight minutes of cell-splitting terror when our phones lit up with a text message warning of an imminent ballistic missile attack.

It was a gut-punch, visceral awakening to what is at stake. Negotiation expert William Ury has called the larger community that surrounds a conflict, those whose lives are at stake, “The Third Side.” In this case, it is the tens of millions in North and South Korea, Japan, Guam, Hawaii and beyond who could die in the mass carnage if nuclear weapons were to be launched in a moment of bluster, miscalculation, accident or mistake.

We can change the game with North Korea if millions adopt the perspective of the “Third Side” and act to compel our government to change its approach to our nuclear adversary, as millions of Americans did with the Soviet Union in the 1980s.

As “Third Siders” we must join together, form coalitions, work with Congress to push the United States to shift its focus away from complete and immediate denuclearization. It has long been clear that North Korea will not give up its nuclear weapons without credible security guarantees that it will not become a target of regime change. Trump’s special envoy Steve Beigun gave sound advice in his February speech at Stanford—we can “change the trajectory of their policies by changing the trajectory of our own.” Moreover, a recent Federation of American Scientists report recommends a U.S. policy shift from coercion and isolation to containment, engagement and transformation.

As Third Siders, we can push our government to sign a Peace Agreement to end the Korean War. This will reduce tensions, rebuild trust, reunite families and directly impact the lives of seventy million Koreans in the world today. We can support many groups who are already acting and promote people-to-people contacts, athletic and cultural exchanges.

We Third Siders must simultaneously work with Congress to transform our own nuclear policy, to create the conditions to make it possible for North Korea to denuclearize. These are:

The stakes are existential for Koreans, for Americans, for the world. The Third Side is us. We can change the game by acting right here and now at home.