The Hanoi Summit – We Asked Da-min Jung What Happens Next in U.S.-North Korea Relations 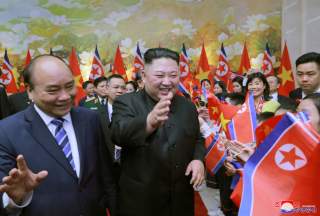 A tug-of-war between North Korea’s leader Kim Jong-un and U.S. president Donald Trump seems unlikely to end in the near future, as they are at odds on the idea of “complete denuclearization.”

North Korea broke its silence on Tuesday, two weeks after the unfruitful Hanoi summit with the United States. Pyongyang’s state-run propaganda outlet Uriminzokkiri said Kim is committed to the complete denuclearization and the country stands firm on this.

It also said the summit between Kim and Trump was a success, as the two countries confirmed their willingness to keep negotiations.

Pyongyang’s idea of complete denuclearization, however, seems at odds with that of Washington’s.

North Korea’s proposal to the United States that it would demolish the Yongbyon nuclear facilities under the conditions of sanctions exemption from the U.S has not been changed, although it has already been turned down by Trump in the Hanoi summit.

But the officials with the Trump administration, including the National Security Advisor John Bolton and Special Representative for North Korea Stephen Biegun have made it clear that the United States would not accept the North’s phased denuclearization.

Earlier this week, Bolton issued a warning message to the North saying the leverage is with the U.S. side.

It seems that North Korea and America have remained apart on the denuclearization issue since the unfruitful Hanoi summit.

But the two sides apparently want to keep the conversation going, as seen in positive comments on the summit from both sides that they had constructive talks.

Biegun at the Carnegie International Nuclear Policy Conference in Washington, D.C. on Monday confirmed that the U.S. is looking to a liaison office in North Korea to provide support to inspectors.

This shows the two sides had reached an agreement at least for a few agendas.

Jung Da-min is a Staff Reporter at The Korea Times.