The Hanoi Summit – We Asked David Santoro What Happens Next in U.S.-North Korea Relations 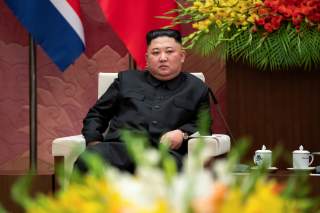 The Hanoi Summit between U.S. president Donald Trump and North Korean chairman Kim Jong-un failed because Washington requested that Pyongyang surrender its entire nuclear arsenal before the United States would make concessions. Because Pyongyang had stopped nuclear and missile tests and dismantled sites for such purposes, Kim assumed that it was Washington’s turn to make concessions: he requested partial sanctions relief and offered to follow up with the dismantlement of his Yongbyon nuclear complex. (U.S. negotiators say that Pyongyang wanted comprehensive sanctions relief and only offered closing down a portion of Yongbyon in return.)

What happens next? There are three options.

Future #1: status quo⎯U.S.-North Korea relations remain cordial, but no progress is made. This is a possibility because the public messaging from both sides was positive after Hanoi, and Trump repeatedly indicated that he would not worry unless Kim resumes nuclear or missile tests. That future would be bad news, however, because the problem would be left unresolved and could get worse: Kim would be able to continue to improve his arsenal quietly and continue to court his neighbors, turning the geopolitical table in his favor.

Future #2: diplomacy breakdown⎯U.S.-North Korea relations deteriorate and a new cycle of tensions begins, with new missile and nuclear tests by Pyongyang. This is also a possibility, especially given that Pyongyang has reportedly just started restoring structures on the rocket launch pad at its Sohae Satellite Launching Station. That future would be terrible news because it could lead to war and nuclear use and, significantly, because it would prevent the United States from focusing on its stated priority: competition with major powers, notably China.

Future #3: initial agreement⎯the summit initiative is pushed down to the working level, and U.S. and North Korean negotiators conclude an initial agreement that makes progress toward denuclearization and peace. This is yet another possibility: Trump, after all, is now making room for diplomacy to work, notably by permanently canceling large-scale U.S.-South Korea military exercises. That would be the best future. Of course, that would require the United States to abandon its longstanding (and vain) “denuclearization-first strategy” and embrace an incremental approach. That means that Washington would have to make concessions upfront and accept that progress toward denuclearization begins with arms control. Furthermore, that means that, in effect, that North Korea will remain a nuclear-armed state for the foreseeable future.