The Hanoi Summit – We Asked Ralph Cossa What Happens Next in U.S.-North Korea Relations 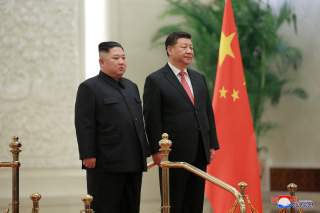 The short answer is: back to the drawing board! Now that President Trump realizes that he cannot cajole Kim Jong-un into signing away his nuclear capability and Kim realizes that flattery is not enough to get the United States president to roll over (again), it is time for the professionals on both sides to sit down and determine what’s possible. The question post-Hanoi is not "should Trump have left without a deal?"—of course no deal is better than a bad one—but why were they meeting in the first place without agreement on such a basic issue?  It’s too late to return to “maximum pressure,” the Chinese, Russians, and even South Korea do not seem prepared to play this game anymore. So, like it or not, Kim’s preferred step-by-step approach is the only option. The question is, what’s the first (next) step and who has to take it?

The activity at Sohae may be just a pressure tactic but a satellite launch should be anticipated, which means it is critical that Washington, Beijing, and Seoul (at a minimum) react in sync. What are the odds of that happening however? Kim will claim (as he has before) that satellite launches are not missile tests and fully within his right (UNSC sanctions against ALL ballistic missile activity notwithstanding). If others buy into this argument, U.S. leverage will be gone. A clear unambiguous (and credible) signal must be sent to Pyongyang before any launch occurs.

The good news is we have not returned to name-calling. Both sides also have a better idea of what the other will and won’t tolerate. Now it’s time for the professionals on both sides to work out an action-for-action blueprint that, at a minimum, stops things from getting worse and allows for more effective management of the problem.

Ralph Cossa is the President Emeritus and WSD-Handa Chair in Peace Studies at the Pacific Forum. He is a member of the ASEAN Regional Forum (ARF) Experts and Eminent Persons Group and frequently contributes to regional newspapers on U.S. policy in the Pacific. You can follow him on Twitter at @RalphCossa.