The Hanoi Summit – We Asked Stein Tønnesson What Happens Next in U.S.-North Korea Relations 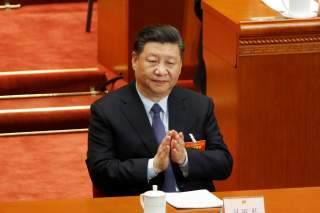 U.S. President Donald Trump could have got a deal in Hanoi, and it is still possible. North Korea would close down Yongbyon, promise no more nuclear or missile tests, and guarantee non-proliferation, while America would lessen sanctions, allow liaison offices in the two capitals, and engage in multilateral talks to end the Korean War. A roadmap would be drawn for further bilateral talks to define steps in the direction of denuclearization and the total removal of sanctions.

Unfortunately, this chance has probably been lost. The thought that a partial deal is a bad deal and no deal better than a bad deal has such widespread support in the United States that even Trump, with his “art of the deal,” has capitulated.

This allows for an opposite scenario, where North Korean leader Kim Jong-un returns to his 2017 brinkmanship. New activity detected at a North Korean test site is an ominous sign. Kim is a risk taker: When brinkmanship worked once, why not again?

Fortunately, this scenario is also unlikely. Kim 2019 is not Kim 2017. While he used to be an insecure leader who did not even travel to China, thanks to South Korean President Moon Jae-in—and Trump—he is now a respected statesman. Most notably, he has met China’s president Xi Jinping four times and has invited him to Pyongyang.

So, what will happen? Kim will end up in China’s fold. Not that he wants it. As the Vietnamese told him, normal relations with America is a precondition for standing up to China. China also does not need an isolated, dependent North Korea. It wants peace between the two Koreas, so the whole peninsula can be integrated with the Chinese economy, and South Korea loosen its security ties with the United States.

Kim, we now know, is keen to get rid of sanctions. China’s implementation of them is what really matters since it stands for more than 90 percent of North Korea’s foreign trade. While the Sino-U.S. trade talks are going on, and Xi prepares for his forthcoming visit to America, he will keep his hands off North Korea, but he generally wants to pursue stability by resuming normal trade.

The Hanoi failure disappointed Moon, who is scheduled to meet Kim again in just a few weeks time. A foresighted Trump should maintain his backing of Moon and allow the two Korean states to pursue their plans for economic cooperation and build a railway to peace.