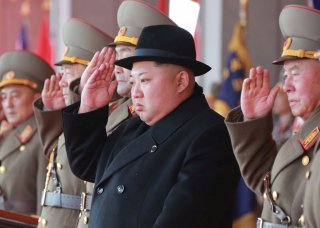 A sudden exit by Kim Jong-un could lead North Korea to a more democratic and peaceful government, but it could also lead the country in the opposite direction. In addition to domestic changes, a dramatic transition in North Korea could lead to an exodus of people, while changing North Korea’s approach to nuclear weapons policies and international engagement.

If we look at Polity 5 data on the 30 greatest year-to-year leaps towards democracy after the Cold War, we can see that none of these changes have been triggered by the death of an autocrat. Rather, in almost one-third of the cases of democratization, the trigger has been the ending of a conflict. Political chaos or foreign threat, perhaps including destabilizing foreign speculation on the health of Kim Jong-un, could, therefore, strengthen the hand of the country’s autocrats.

The ending of foreign support for an autocrat has contributed to historical change, in another third of cases. This was the case in Eastern Europe with the fall of Soviet support. In North Korea, Chinese influence and Beijing’s example has encouraged greater international openness and political responsiveness even if not liberal democracy. Thus, the ending of Chinese support would not help North Korea’s democracy the same way as ending Soviet influence helped in Eastern Europe.

In the remaining third, the leap to democracy took place when domestic popular pressures made the country ungovernable. Leaders made democratic compromises to secure their own positions in what they considered to be an inevitable transition to democracy. While securing their individual political survival, the entire political elite glided into the slippery slope to democracy. Indonesia and Myanmar are perfect examples of this: those generals who endorsed democracy first, survived politically.

North Korea has not seen significant protests or acts of civil disobedience. Thus, the elite has not started sliding towards democracy, yet. If Kim Jong-un died suddenly, the best hope for a more democratic future would be with a successor who is more willing to allow the development of civil society and who is less paranoid about security. If the political elite sees that the main challenge for the country is related to security, they will likely select a leader from the security establishment. However, if the main challenge is economic development, a more economically-oriented person will stand a chance. Any foreign manipulation or bullying to help the North Korean people is, therefore, likely to be counterproductive. An absence of such foreign behavior gives the developmentalist elite a better chance.

North Koreans, who have had to endure prolonged poverty and political oppression while witnessing economic prosperity and political freedom in neighboring countries, may be in a state of involuntary immobility. North Korea is currently like a tap that is about to burst. Once the valve opens, whether it is hot or cold, water will flow. From data on refugees and regime transitions, we can see that chaotic transition in an autocratic state will increase opportunities for people to flee to seek a better life, even if the transition was in a more democratic direction. If the regime is seized by those who are even more autocratic, but not yet equipped with as powerful control, an exodus is still likely because there will be more motives and opportunities for North Koreans to attempt desperate escapes from the country.

Consequently, humanitarian progress and the national interest of neighboring countries would side with an incremental rather than drastic, chaotic change in North Korea.

Timo Kivimäki is a professor and Sungwon Lee is a Ph.D. candidate at the University of Bath.