How Hurricanes and Storms Have Wreaked Havoc on North Korea 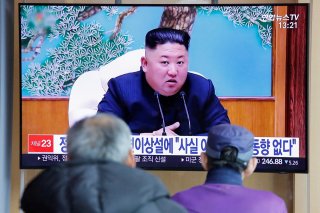 Instead of the “fire and fury” President Donald Trump warned of, a devastating tropical storm inundated North Korea at the end of August 2018 and again in 2020. The 2018 flood was preceded by a heatwave and followed by flash floods.

In August of 2020, forty-nine consecutive days of rain severely flooded the Kangwon, North and South Hwanghae provinces of North Korea. According to a statement by the United Nations, this flood is expected to be more severe than that of 2007, one of the most torrential floods in North Korean history. In 2020, the North Korean regime has rejected aid for flood damage in fear of coronavirus. These floods disproportionately impact vulnerable populations such as children, women, and political prisoners, who lack mobility and access to health services.

The UN predicts even larger damage this year. In addition to killing at least twenty-two people, this year’s flood has already destroyed around 600 hectares of rice crop and 730 homes in North Hwanghae Province alone, according to the North Korean state media. Overall, around 40,000 hectares of crops and 17,000 homes were destroyed by the flood. The regime evacuated locals from counties in Kangwon province.

Subsequent floods in North and South Hwanghae Provinces destroyed 1,758 houses and 56 public buildings, but Sariwon City Prison and No. 6 Sariwon (Osu-ri) were, fortunately, farther away and were likely unaffected in 2018. The floods in 2020 hit the same North and South Hwanghae Provinces, but it is yet hard to tell if they reached political prisons.

In sum, the storm and floods in 2018 ruined half of North Korean provinces after a drought, which North Korea described as an “unprecedented natural disaster,” had been plaguing South Hamgyong and South Pyongan Provinces. The again unprecedented disaster in 2020 will likely leave larger damages amidst the coronavirus pandemic.

In some ways, North Korea has been experiencing nature’s “fire and fury” even before the floods began. According to John Fleming of the Red Cross Society, the North Korean government had declared an “all-out-battle” against the heatwave in 2018, which had “potentially catastrophic effects.” The drought in 2019 only added fuel to the fire as the worst drought in decades. Crops essential for subsistence such as corn and rice had withered, and the country was at risk of a “full-blown food security crisis,” said Fleming.

Unfortunately, political prisoners already experience “malnutrition and starvation due to below-subsistence food rations,” stated a publication by David Hawk at HRNK. Political prison camps, including the three affected in the storm, subject prisoners to “arduous forced labor” and “innumerable crimes against humanity.”

The flash floods in 2018 and 2020 destroyed thousands of hectares of agricultural land and worsened North Korea’s food security. A report by the United Nations Office for the Coordination of Humanitarian Affairs (OCHA) stated, “public buildings, kindergartens and infrastructure such as railways, roads and bridges have also been destroyed, which has left many areas inaccessible.” Even if North Korea wished to deliver food supplies to political prisoners, destroyed infrastructure would delay that process.

“The water supply system of Munchon city was destroyed leaving tens of thousands of people without access to safe drinking water,” OCHA stated. Apparently, “the government is providing assistance in terms of search and rescue, temporary shelter, and health care,” but assistance to political prisoners is unlikely. In fact, “deliberate starvation, inadequate medical care and poor hygiene conditions cause the deaths of thousands of inmates annually,” says Hawk.

Unlike the previous years, the world is going through a global pandemic in 2020. North Korea closed its borders to the world as a public safety measure, which led to a drastic decrease in agricultural import. This flood will likely further inflate food prices. Pyongyang’s rejection of foreign aid shows that it is more fearful of a coronavirus outbreak than the economic damages and human lives lost by the floods. Experts, however, claim that floods damaged the Yongbyon nuclear reactor, which Kim Jong-un was willing to concede in exchange for sanction relief during the U.S.-DPRK summit in Vietnam last year. Such damages in the nuclear reactor would affect the health of workers in this complex and vulnerable populations near Yongbyon county.

North Koreans are in “immediate need for food, nutrition, health, water and sanitation, shelter and disaster risk reduction.” Yet no information is available on the status of political prisoners, much less accountability. The most recent public satellite imagery available was taken last year by Google Earth, thus making it difficult to accurately assess the extent of damages in 2020. Neither the storm’s impact on political prison camps nor the food security of political prisoners is known.

While citizens can at least relocate until recovery, political prisoners are denied the freedom of movement. As shown in the North Korean Criminal Law (Article 30), North Korea recognizes the existence of kyo-hwa-so, political prison camps. Hawk argues that North Korea should therefore “operate a more humane penitentiary system” rather than denying its existence.

Just like how the 2018 flood had economic implications, this year’s flood is likely to damage the North Korean economy, particularly due to North Korea's vulnerability to floods. Recently, Kim Jong-un visited areas severely affected by the flood in an effort to recover its regional economy. Prior to the flood, North Korea has been facing economic challenges due to the unprecedented global pandemic and international sanctions.

In the meantime, floods have happened many times before and they will continue unless drastic measures are taken to prevent them. In 2016, a recent flood from Typhoon Lionrock impacted around 600,000 people. There have been big floods almost every five years tracing back to the floods of 1995. The North Korean government had to give up its self-sufficiency policy in order to request food aid from other countries.

How would we prevent these natural disasters? The North Korea Country Review states that deforestation has directly caused floods in these cases. As seen in the 2018 storm, floods also destroy vast areas of agricultural land and will inevitably lead to worse droughts, continuing a vicious cycle. Even the North Korean government newspaper, Rodong Shimun, acknowledges, “if we just hope for luck and squander our time, it would cause irreversible consequences.”

Jessup Jong is a Visiting Postgraduate Research Fellow at Harvard University. He tweets at @jessupjong.

Youngwoo Jung is an economics researcher at Johns Hopkins University and has published with Mr. Jong on 38 North.