How Joe Biden Could Take on North Korea 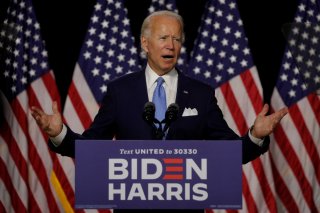 Joseph Robinette Biden, Jr. is hardly a blank slate. His service to the United States began in 1973, hardly a high point for U.S. image, prestige, or deterrence. The Paris Peace Accords, signed in January 1973, supposedly ended the Vietnam War. For most of the preceding two years, U.S. ground forces in Vietnam did little but maintain a presence, avoiding major offensive operations while coping with deteriorating morale, drug abuse, and racial tensions. The flawed accords called for U.S. withdrawal but permitted North Vietnamese forces to remain. The fighting did not stop. In time, the U.S. Senate refused ratification. South Vietnam fell on April 30, 1975. At home, the United States ended compulsory service—the “draft”—and the armed forces entered a difficult decade trying to recover from Vietnam, building an all-volunteer force in a sour environment.

Today’s circumstances are profoundly different, but the environment is equally sour. President Biden will face a bad-tempered environment of diminished U.S. moral authority, distrust of our governing institutions, allies who no longer trust us, and a democratic decline around the world. The good news is that he will feel that he has seen this movie before. The other news is that any foreign policy missteps will have exaggerated effects, further damaging our power and prestige. Kim Jong-un will test us early.

Given his generation, born in 1942, Joe Biden absorbed as the natural order of things the liberal, democratic order and the systems of alliances that we brought to the world in his youth. International organizations and structures like the United Nations, the General Agreement on Tariffs and Trade, and others became normal in international relations. We opposed colonialism, despite the pain that it caused in our relations with our close allies, Great Britain and France. The Marshall Plan and the North Atlantic Treaty Organization (NATO) saved Europe. We rebuilt Japan and Germany into strong, democratic friends and allies. We enhanced our power and influence by helping our allies and friends to be successful. We valued our allies and friends, not because we never disagreed, but because we remembered Smoot-Hawley and the damage wrought by our experiment with isolation.

Joe Biden’s speeches and interviews indicate that the lessons he absorbed in his long service to the United States are top of mind. He argues that it is in our enlightened self-interest to support democracy, the basis of our alliances, and the source of our economy and ingenuity. He calls for the United States to reassume our role as the leader of a world order based on the promotion of democracy, multilateralism, alliance-building, and diplomatic engagement. Speaking directly about North Korea, he rejects direct personal diplomacy, photo-op engagements, and legitimization of his counterpart.

Following his revealed principles, his first task in dealing with North Korea should be to make that quite secondary or tertiary to rebuilding trust with our allies and enhancing conventional deterrence. The goal is the security of our allies and friends, not relations with a rogue regime, much less its leader. Rebuild alliance foundations, then deal with North Korea where possible in solid cooperation with our allies.