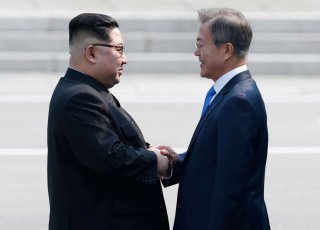 As the Korean peninsula has been divided for the past seventy years, the two Koreas have shown completely different faces in almost all aspects. As is well known, South Korea has been praised by the international community as a country that achieved both democratic transition and economic prosperity, while North Korea has been notorious for its oppressive political system and closed society. Also, regarding globalization, the two Koreas have taken completely different paths. While South Korea has actively responded to globalization and pursued a transparent and open society, North Korea has refused to globalize and created its own closed world. The different faces of two Koreas are also apparent in their response to COVID-19.

COVID-19 and the Globalized Face of South Korea

In a recent online summit of G20, the South Korean President Moon Jae-in has called for international solidarity in fighting off a coronavirus-triggered global crisis. He mentioned, “Over the last 2 months, (South) Korea has been at the center of the COVID-19 challenge... yet preemptive and transparent quarantine measures, combined with the public’s voluntary and democratic participation in such efforts, are bringing gradual stability.” South Korea, both the government and the civil society, has responded to the COVID-19 by adhering to the principles of openness, transparency and democracy.

In fact, the COVID-19 has posed a serious threat to the South Korean healthcare systems, financial market and civil society. However, South Korea has not imposed a total restriction on cross-border movements of people and goods. Of course, there was harsh domestic criticism on the government’s restriction policy. Some Korean people demanded a total closure of the border after COVID-19 emerged first in China and then when the secretive Korean religious sect Shincheonji spread it rapidly in South Korea. However, South Korea made efforts to minimize restrictions by undertaking the “special entry procedures” for those incoming from the countries with large-scale outbreaks while also maximizing the impact of quarantine.

Furthermore, South Korea has taken open and transparent measures by ensuring all relevant information is made available at home and abroad. For this purpose, South Korea has come up with a variety of creative and brilliant tools. It has conducted an unprecedented number of tests and has sought to identify and track down transmission pathways. In particular, highly accurate diagnostic reagents were developed before the COVID-19 spread in Korea, and they made quick and timely tests possible. Nationwide “drive-through” testing sites were set up to respond to the overwhelming number of outbreaks. Additionally, “walk-through” testing sites were built at the major airports for timely and swift testing for inbound travelers from abroad. The South Korean government has also utilized a “self-quarantine application” to closely monitor self-isolated people.

Although South Korea will struggle to fight and defeat COVID-19 to the very end, it will still remain open and connected to the international community. Indeed, the Korean people have proposed to further bolster international solidarity and coordinate policy responses to overcome this global crisis.

COVID-19 and the Anti-Globalization Face of North Korea

Unfortunately, North Korea’s measure to COVID-19 has been exactly the opposite from that of South Korea. North Korea has responded to COVID-19 in the same way it responded to globalization. As COVID-19 started spreading, what North Korea did first was to close its borders. It even blocked the border with China, despite relying on that country for 90 percent of their trade. As a closed country, North Korea chose to close more. It is important to recognize how big the threat of the spread of COVID-19 has become to North Korea, where the healthcare system is especially vulnerable.

Despite this situation, North Korea is not indifferent to COVID-19. The North Korean media has reported the spread of this pandemic disease worldwide and the South Korean situation every day. The Rodong Shinmun—the official newspaper by the North Korean Workers’ Party—has been recently raising awareness among the North Korea people with several articles on aggressive prevention measures. This outlet also reported that North Korea has just started constructing a new Pyongyang General Hospital and plans to complete it in only 200 days. Finally, U.S. President Donald Trump’s letter offering COVID-19 aid to the Chairman Kim Jong-un was made public immediately by Kim Yo-jong, Kim Jong-un’s younger sister.

Even if COVID-19 has not spread in North Korea, it has already had a great impact on North Korean society. This is because the North Korean economy faces greater difficulties with COVID-19 following the international sanctions against North Korea. Satellite images indicate that North Korea’s major port facilities are closed. As North Korea closed its borders, most of its imports and exports from China and Russia were stopped. The price of coal and iron ore, North Korea’s major exports, has fallen sharply in recent years. It is known that North Korea’s shortage of foreign currency is getting worse due to the drop in prices of major exports and the suspension of trade. In effect this means North Korea is suffering from a new form of economic sanctions in the shape of COVID-19.

Meanwhile, North Korea has recently launched several projectiles to its east sea. These missile tests would have normally attracted much attention from international media, but this time it did not receive much attention, because the whole world was focusing on the fight against COVID-19. However, the international community considered North Korea’s provocations to be very inappropriate.

Jihwan Hwang, Ph.D, is a Professor of International Relations at the University of Seoul, in South Korea.