I Negotiated with North Korea for 13 Years. Here Is What I Learned. 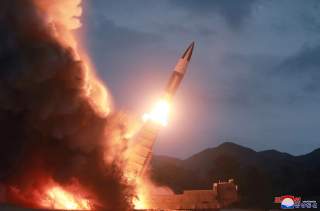 The thirteen years (2003-2016) I invested in negotiations with North Korea in different capacities—Special Envoy, Associate Director of National Intelligence and as a private citizen—have made me guardedly optimistic that a peaceful resolution of issues with North Korea is possible. The US has successfully concluded agreements during the past twenty-five years of on-and-off negotiations with North Korea, notably the Agreed Framework of 1994, the Six Party Talks Joint Statement of September 19, 2005 and the “Leap Day Agreement” of February 29, 2012. From these experiences, we learned a lot about North Korea’s determination to have a normal relationship with the US and to be accepted as a nuclear weapons state; we also got to know the North Korean negotiators, many of whom we have been negotiating with since 1994. Conversely, over this period, North Korea acquired a better understanding of US intentions, while also getting to know our negotiators, who routinely rotated every few years. Although past achievements, after extensive negotiations and partial implementation, eventually collapsed, they offer important lessons that can help guide US negotiators through the thicket of obstacles they will confront in achieving US goals with North Korea.

(This is reposted with thanks to our friends at 38 North.)

Survival of the Leadership Is Paramount

Over the past 2,000 years, Korea has been invaded often by China, Russia, Japan and Mongolia. To survive against these powerful and aggressive neighbors, Korea had to be militarily strong and self-reliant. It is no surprise, therefore, that over the past 65 years North Korea has pursued a “military first” policy, highlighted by Kim Il Sung’s pursuit of nuclear weapons in the 1950s. Kim Jong Un has continued this tradition. He views a strong military, especially one with nuclear weapons and missile delivery systems, as the ultimate deterrent to the US or any country that may want to attack or remove the regime in North Korea, and thus essential to his survival and the preservation of the Kim dynasty. Simply put, getting Kim to agree to complete and verifiable denuclearization will continue to be a challenge.

Distrust of the US Persists

Since the end of the Korean War in 1953, North Korea has been convinced that the US was seeking regime change in the North. Even in negotiations, and regardless of the agreements reached, North Korea has seen US policy as hostile and harbored distrust of US security assurances. US statements that North Korea should follow the Libyan denuclearization model have reinforced the views of hardliners in Pyongyang that regime change is Washington’s ultimate objective, regardless of any agreement with the US. I lost count of the number of times I was told that North Korea will never follow the Libyan model, which they viewed as a US effort to topple the Gaddafi regime.

Tearing down this wall of North Korean distrust remains a considerable challenge, but progress can be made. For example, during the plenary sessions of the Six Party Talks in August 2003 and February 2004, our delegation was instructed to avoid one-on-one meetings with the North Korean delegation and to refrain from any private discussions with DPRK officials. The efforts US Assistant Secretary of State James Kelly and I made during these talks to engage our North Korean interlocutors in private discussions, notwithstanding our official instructions, engendered a more open and professional relationship and helped to build some trust. During the February 2004 meeting, at China’s Diaoyutai State Guesthouse, with Vice Foreign Minister Wang Yi as the host, Jim Kelly and I decided that we needed private talks with the North Korean delegation, similar to the private meetings we had with the other delegations, to discuss some of the issues that were on the table. At our request, Wang Yi provided a room for these private discussions with North Korea’s Vice Foreign Minister Kim Kye Gwan. I’m confident North Korea appreciated this outreach on the part of the US delegation. Although these talks didn’t produce any appreciable progress on the substantive issues, I believe they contributed to Pyongyang signing the September 19, 2005 Joint Statement, which committed North Korea “to abandoning all nuclear weapons and existing nuclear programs and returning, at an early date, to the Treaty on the Non-Proliferation of Nuclear Weapons and to IAEA safeguards.”

North Korea Wants Nuclear Weapons And Normal Relations with the US

A constant refrain I heard from my North Korean interlocutors through the years is that a normal relationship with the US would give the North greater access to the international community and facilitate foreign direct investment and trade, as well as permit North Korea to be less dependent on China. Indeed, North Korea’s mistrust of the US notwithstanding, Pyongyang’s ultimate objective is to have normal relations with Washington, and it has urged the US to accept it as a nuclear weapons state. Over the past two decades, senior North Korean officials have repeatedly stated that the North will never use nuclear weapons against the US or any other country, that nuclear weapons are a necessary deterrent for a vulnerable North Korea, that the US should treat North Korea as it treats Pakistan and that North Korea can become a good friend of the US. Washington’s response has been consistent: The US will never accept North Korea as a nuclear weapons state because of WMD proliferation concerns—specifically, a nuclear North Korea could spur other countries in the region to pursue nuclear weapons programs, increasing the risk that a weapon or fissile material would find its way to a rogue state or terrorist organization, with catastrophic consequences. I believe this consistent US response resonated with our North Korean interlocutors.

North Korean negotiators who meet with the US have spent their professional careers working on these issues. By contrast, US officials who interact and negotiate with North Korea routinely change. Given the years of hostilities between our countries, this rapid personnel turnover makes it more difficult to establish personal relationships that are conducive to building trust and confidence between our negotiators, which requires considerable time, continuity and patience. Having negotiated with North Korea during the Six Party Talks, I spent hundreds of hours in task force and plenary session meetings in Beijing and frequently used the “New York channel,” and  was able in 2009, at the request of the US State Department, to use these interactions to engage in countless hours of negotiations with senior officials in Pyongyang to secure the release of journalists Euna Lee and Laura Ling and arrange for US President Bill Clinton to visit Pyongyang to finalize their release and return to the US. In 2011 and 2012, when I was Director of the National Counter Proliferation Center, the White House asked me to visit Pyongyang to meet with senior officials to discuss US concerns with North Korea’s highly enriched uranium program and to warn Pyongyang not to sell missiles and other weaponry. This engagement was possible because of my years negotiating with North Korea and establishing relations with senior officials in their Ministry of Foreign Affairs and other agencies. I can’t emphasize enough the importance of a good working relationship with counterparts in North Korea. This creates the trust necessary to have a dialogue and hopefully move forward on issues affecting relations with North Korea.

Being candid with North Korea is necessary, but any language that threatens North Korea with punitive consequences if it does not accept a US proposal will engender a defiant response or a cessation of negotiations. I’ve been in meetings when such rhetoric was used and the North Korean response was consistent and predictable. In fact, during the first round of Six Party Talks with North Korea, they were told that, in addition to nuclear weapons and facilities disablement, they would not be permitted to have a nuclear program for civil energy. North Korea balked, which explains why the 2005 Joint Statement declared that: “The DPRK stated that it has the right to peaceful uses of nuclear energy. The other parties expressed their respect and agreed to discuss, at an appropriate time, the subject of the provision of light water reactor [for civil energy] to the DPRK.” Not surprisingly, North Korea is very sensitive to threats from powerful countries or attempts to infringe on its sovereign rights.

Be Resolute on the Need for Complete and Verifiable Denuclearization

Any wavering on the part of the US on the need for North Korea’s complete and verifiable denuclearization will encourage some in the DPRK to believe that eventually the US will relent and permit the North to retain at least some of its nuclear weapons and/or nuclear weapons facilities. North Korea has spent billions of dollars and decades establishing a robust nuclear weapons program. To expect Kim to walk away from this program, without providing North Korea with the security assurances it seeks, a path to normal relations with the US and the lifting of sanctions, is unrealistic. Moreover, if the US makes clear that these deliverables would be available to North Korea with complete and verifiable denuclearization, it would be fair to assume that Kim might be willing to move forward with the US, pursuant to the June 12, 2018 Singapore Joint Statement that commits North Korea to complete denuclearization. Ultimate success will be the actual implementation of a negotiated agreement, ensuring North Korea receives the promised deliverables in return for progress with denuclearization and agreement on a detailed action-for-action road map with timelines.