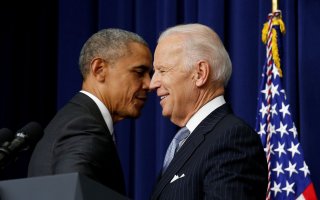 If Joe Biden wins the presidential election in November, most people expect his North Korea policy to look like that of Obama’s. The Obama Administration’s North Korea policy is known as a policy of “strategic patience.” However, Biden should not look like Obama on North Korea. Furthermore, he cannot even adopt that same policy because the situation has changed a lot since Obama left.

The Biden foreign policy team should keep in mind that “strategic patience” is no longer possible. After Obama left, North Korea conducted its sixth nuclear test and several more ballistic missile tests. Especially after North Korean test-fired the Hwasong-15 in November 2017, which was known as an intercontinental ballistic missile, it declared the completion of nuclear deterrence capability against the United States. Now, North Korea is no longer a remote threat. Even Obama reportedly warned President-Elect Trump on North Korea, mentioning that he considered North Korea to be the top national security priority for the incoming administration. So, “strategic patience” will not work for Biden, and he should go beyond Obama’s North Korea policy.

Then, what should Biden’s North Korea policy look like? Ironically, Biden will have to start his policy with what Trump will leave behind. In fact, Trump has changed the landscape of North Korea policy considerably. When Trump mentioned that “North Korea will be met with Fire and Fury” in 2017, Biden emphasized the importance of giving diplomacy another chance. When Trump had a summit with Kim Jong-un in 2018, however, Biden criticized Trump’s diplomacy with North Korea. Has Biden contradicted himself on North Korea? Biden needs to build his own North Korea policy, not just opposing Trump’s diplomacy with North Korea. Of course, Trump seemed to make use of the U.S.-North Korean summit for his personal purpose rather than produce a real constructive policy, as John Bolton acknowledged in his White House memoir.

Biden needs to understand that Kim Jong-un wants to secure a regime guarantee in return for denuclearization. Since North Korea’s security problems are focused on the abandonment of the U.S. hostile policy toward the regime, North Korea will ultimately seek to fundamentally change U.S. policy toward the Korean Peninsula. Even Kim Jong-un does not make it clear what types of measures can guarantee his regime security, but it would be something like the Vietnamese case, wherein Vietnam now seeks security cooperation with America in Southeast Asia despite the fact that the two were at war in the last century.

Biden’s North Korea policy should begin with a small step in which the United States and North Korea can narrow down their differences and exchange several detailed agendas. When the U.S. demands CVID (Complete, Verifiable, Irreversible Denuclearization) or FFVD (Final, Fully Verified Denuclearization) from North Korea, the North demands a CVIG (Complete, Verifiable, Irreversible Guarantee) or a FFVG (Final, Fully Verified Guarantee) from America. The dilemma is which one to go first and how to compromise between the two. Unless this dilemma is resolved, the breakdown will be repeated in the Biden administration. In this procedure, Biden needs to work with South Korea and other allies to come up with a new security environment in the Northeast Asia.