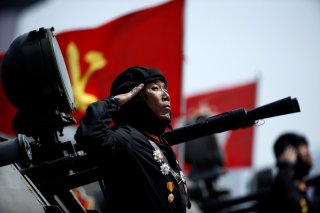 U.S. President Joe Biden recently hosted South Korean President Moon Jae-in for a summit meeting in Washington, D.C., during which the two leaders discussed a wide range of issues related to the U.S.-ROK Alliance and to shared international challenges and objectives. The summit meeting resulted in the production of a joint statement that reiterated the United States’ and South Korea’s shared values and beliefs as well as their mutual commitment to the alliance, and which touched on other important policy areas related to North Korea, China, economic and technological cooperation, and COVID-19 vaccinations and recovery.

The summit meeting was seen by some as indicating that the United States is more successfully integrating South Korea into its broader Indo-Pacific strategy, and the summit resulted in some very significant tangible outcomes, including the lifting of restrictions on South Korea’s development of long-range ballistic missiles.

Related to U.S. North Korea policy, one particularly important outcome of the summit meeting was the announcement that State Department official Sung Kim had been appointed as the new U.S. special envoy for North Korea. Kim is currently serving as the acting secretary of state for the State Department’s Bureau of East Asian and Pacific Affairs and is also the current U.S. ambassador to Indonesia. Kim has previous experience negotiating directly with North Korea, having served as the U.S. special envoy to the six-party talks, and has served as ambassador to South Korea. Ambassador Kim has also taken part in working-level negotiations with North Korea on two separate occasions and has served as Special Representative for North Korea policy in Washington.

Since his appointment, however, it has been reported that Ambassador Kim may only serve in the capacity of special envoy for North Korea on a part-time basis, focusing instead primarily on his duties as ambassador in Indonesia. Some experts have speculated that the decision to employ ambassador Kim as a special representative on only a part-time basis could reflect the fact that North Korea has not yet indicated a willingness to engage in diplomatic talks. Others have expressed concern, pointing out that the move likely indicated that North Korea remains a low priority for the Biden administration, while others have suggested that it will be difficult for ambassador Kim to carry out the duties of a special envoy on anything other than a full-time basis.

Ambassador Kim’s appointment as a special envoy comes on the heels of the release of the Biden administration’s new DPRK policy. Details of the policy remain scarce, but the administration has indicated that it will focus heavily on diplomacy with North Korea. The administration has maintained the position that the ball is in North Korea’s court with regards to resuming diplomatic engagement, though currently, it does not appear likely that North Korea will take steps to do so.

The administration has also indicated that it will reveal details of the new approach to North Korea, a job for which a special envoy may be particularly well suited.