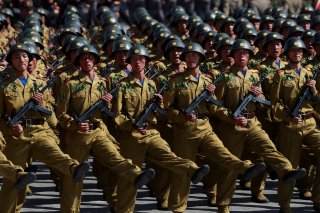 Recent rumors about Kim Jong-un’s health spurred speculation about the implications of an early demise for North Korea’s leader. The state of Kim’s health is still unknown. Nonetheless, it is worth considering how the U.S. might respond if his death is confirmed sooner rather than later.

North Korea has undergone leadership transitions before. The country’s founder Kim Il-Sung, was succeeded upon death by his son, Kim Jong-il. Upon the latter’s death, his son, Kim Jong-un, took over.  In both instances, there was wild speculation that the changing of the guard would lead to fundamental transformation in the nature and ambitions of the regime. It never happened. New leadership in Pyongyang merely brought more of the same.

If the past is prologue, a transition from Kim Jong-un to the next leader would result in continuity in policy. Yet this time, there is no obvious heir apparent. Kim Jong-un has no adult male heir waiting in the wings, groomed to step in and fulfill his dynastic destiny.

It’s hard to know who is next in line. The older of Kim’s two children is but 10 years of age. Kim Jong-un’s 32-year-old sister Kim Yo-jong is rumored as a potential candidate to take the helm. Given that the North Korean leadership’s power is predicated on the deity-like worship of the Kim family, she may be a prime candidate.

U.S. policymakers should avoid falling for optimistic speculations that a change in Pyongyang’s leadership might produce a greater inclination on the part of the regime to engage in good-faith diplomatic negotiations or improve its horrific record of human rights abuse. Instead, U.S. policy must remain grounded in fact.

As of now, the reality remains that North Korea maintains its offensive posture against the U.S., is not shy about testing its missiles and expanding its nuclear weapons arsenal, and continues to engage in severe human rights violations against its own people.

North Korea’s consistently belligerent policies merit equally consistent U.S. policy – regardless of who is the leader. That means that the U.S. should shore up its maximum-pressure policy and, this time, make it truly maximum. For example, the U.S. should finally target Chinese banks who consistently launder money for North Korea, no matter who is in power. The U.S. should also not shy away from continuing its use of financial sanctions against human rights abusers present among the regime’s upper echelon who will doubtless remain in place, regardless of whether Kim Jong-un remains at the fore.

No North Korean leader should get a free pass. The tendency to gloss over North Korean provocations after summits in Singapore and Hanoi, and to lay off the gas when it comes to instituting new sanctions after diplomacy, has hampered (not helped) the Trump administration’s ability to accomplish key U.S. policy goals.

The U.S. should remain stalwart in its commitment to counter North Korea’s historically antagonistic behavior, regardless of whether it is Kim Jong-un or someone else in leadership. The best way to do that is to maintain maximum pressure and consistency in our own policy.