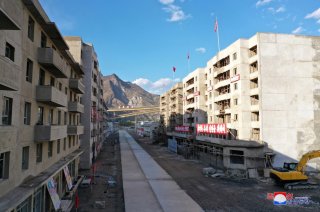 The biggest challenge for Kim Jong-un at the moment is economic. This has been worsened by coronavirus and a recent typhoon with subsequent floods. Current economic difficulties in North Korea are not only due to sanctions—actions taken to safeguard the country from coronavirus have resulted in the border closure with China and a halt in illegal trade.

North Korea’s economy has, up to this point, been fairly resilient despite UN-imposed sanctions, thanks to relatively low trade dependency and smuggling between China and North Korea, with a corresponding increase of Donju (individual entrepreneurs who have become the “masters of money” since the 1990s famine in North Korea). Additionally, recent typhoons have not helped the situation. With this level of uncertainty and the continued global spread of coronavirus, there is a chance that the economy could further decline. The reopening of the border is a high risk for Kim, as North Korea would not be able to cope with a sudden outbreak of coronavirus coupled with a fragile health care system.

In light of this, Kim Jong-un has two choices with President-elect Joe Biden: either return to a more provocative stance—one with possible future nuclear missile tests—or seek new grounds. It is likely that North Korea may attempt non-nuclear missile tests, such as with an ICBM, at the beginning of Biden’s presidency in order to test the new administration. However, Biden will not be in a hurry to engage with North Korea. His priorities lie firmly in domestic affairs: his charge to “heal the nation” and to tackle coronavirus. At the same time, Biden knows that denuclearization of North Korea would require a long-term, step-by-step process. Late last month, reiterated his position to a South Korean media outlet that he would engage in “principled diplomacy and keep pressing toward a denuclearized North Korea.” Unless Kim approaches the United States by offering negotiations at the working level promising tangible progress, it is unlikely that Biden will offer the same kind of “summit” as Trump did. Biden’s election is predicated on him not being Trump. With this in mind, if Kim resumes missile tests, it is more likely that the United States will continue to impose sanctions. Biden is known to believe that harsher sanctions are effective.

With Biden’s presidency, Kim must consider one of two different policy options. One is to strengthen his alliance with China. However, under the current pandemic, unless North Korea reopens the border, Chinese economic assistance or smuggling will not be possible. His second option then could be to rejoin the Treaty on the Non-Proliferation of Nuclear Weapons (NPT).

North Korea has developed its nuclear capacity over the last four years of the Trump administration. If North Korea re-joins the NPT, it will be different from the past—it will join NPT as a de facto nuclear state. As nuclear power is a survival strategy for North Korea, instead of abandoning its nuclear program, North Korea can comply with the NPT within the accountability framework and trade it with a lifting of sanctions.

It is not clear at this stage just how bad the current economic situation is. However, the fact is that the North Korean regime has previously survived entire famines with a strategy of self-help, in spite of the huge number of people that have died. Some expect a possible collapse of the regime under the continued current economic hardship and sanctions regime. This, however, would have devastating consequences to the North Korean population. A total collapse of the state, or a political transition, would witness powerful groups of elites and the Donjus going to extreme lengths to safeguard their privileges and status.

It is not clear whether Biden would provide humanitarian assistance to North Korea, but if so, it would be “within the existing sanctions framework,” according to one of Biden’s aides. For Kim, what he needs in order to overcome current economic hardship will be a lifting of sanctions and/or reopening of borders. To reopen the borders, he will need humanitarian assistance, which includes coronavirus-related medical support. In order to attain what he needs out of the current sanctions framework, he may need to make concessions on human rights issues in his country. If the United States takes human rights measurement in North Korea as a short-term bargaining chip, rather than sticking on denuclearization only, this could be palatable for Kim.

The nuclear program is considered crucial for survival for Kim Jung-un and his regime. Kim will not want to face the same path as Saddam Hussein in Iraq and Muammar Gaddafi in Libya. However, sustaining a nuclear program also means more hardship for his country’s economy, especially under the global pandemic. Kim must know that there will be no more pantomime between the United States and North Korea. Joe Biden’s presidency means the end of the theater of gesture politics. Thus, it will be a critical time for Kim Jong-un to make tough decisions.

Dr. Sojin Lim is a Senior Lecturer (Associate Professor) in Korean Studies and Course Leader of MA North Korean Studies at the University of Central Lancashire, UK. She is Co-Director of the International Institute of Korean Studies, and also works as a Co-Editor of Routledge Research on Korea Series.