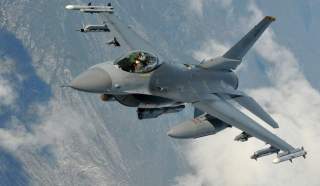 President Donald Trump has hinted for years that he is dissatisfied with the U.S. alliance with South Korea. Will he try to withdraw troops from South Korea if he is re-elected? Former President Jimmy Carter tried to do so but failed in the face of heavy bureaucratic and congressional resistance. Would Trump want to take up such a fight? And does he have the persistence to push it through?

Trump has been a tough critic of South Korea since nearly the beginning of his presidency. Trump has repeatedly criticized U.S. allies, including but not limited to South Korea, for free- or cheap-riding. Trump wants Seoul to bear nearly the entire cost of U.S. Forces Korea (USFK). He has complained about the cost of U.S. military exercises with the South Korean army. He has often framed these complaints in aggressive, mercenary terms, where U.S. security allies “owe” the U.S. payment, otherwise the United States is being “ripped off.”

Trump also called the South Korean president an “appeaser” in his 2017 rhetorical war campaign against the North. He has cozied up to North Korean leader Kim Jong-un, and he has tacitly sided with Japan in South Korea-Japan trade war. I now hear fairly regularly on the East Asian conference circuit that Trump, if re-elected, might seek to withdraw the U.S. military from South Korea, perhaps in the context of a larger peace deal with the North.

Jimmy Carter made a similar effort in the late 1970s that offers two lessons for Trump should he seek to do this:

First, the core problem Carter faced was his inability to state a clear strategic reason for the retrenchment. Indeed, it appears to have flowed mostly from Carter’s great distaste for South Korea’s then-dictator Park Chung-hee. And indeed, Park at the end of his “presidency” had become a harsh, strange character. Carter also generally sought to loosen ties with U.S.-supported dictators in light of his effort to reorient U.S. foreign policy around human rights.

While this was admirable and speaks well of Carter’s personal decency, it never really overcame the long-standing strategic logic of the U.S. presence: the Cold War was still on; South Korea was still a frontline state against a terrifying, more-Stalinst-than-Stalin totalitarianism; the U.S. commitment to South Korea was decades-old and nurturing a state that was clearly maturing and contributing economically and military to the U.S. camp. To abandon South Korea would have suggested a wider, post-Vietnam withdrawal from Asia. But deterrence on the peninsula was stable, and the U.S. defense commitment did not require a quagmire-ish counterinsurgency effort as elsewhere in the third world. In the end, Carter simply could not convince official Washington that this was necessary.

Could Trump find a strategic argument to win over skeptics? Not unless he could convincingly clinch a deal with North Korea, which significantly reduced that country’s threat to the South, Japan, and the United States. Worse, given North Korea’s long history of duplicity, few people would accept any deal at face value, insisting that North Korea change first and sustainably before “earning” a USFK withdrawal.

Second, unable to enunciate an obvious reason for a South Korean retrenchment, Carter faced nearly monolithic bureaucratic resistance in Washington and Seoul. Congress, the Defense Department, the State Department, and the then-emerging parallel community of think-tankers and foreign-policy wonks were opposed from the start. Similarly, in Seoul, the relevant foreign-policy community was hawkish—Park’s dictatorship insured few dovish voices were heard. Everywhere Carter turned, he found no allies and gained no traction. He eventually just gave up, especially as events in the greater Middle East took over his presidency, and the idea just faded away.

For Trump, the bureaucratic-institutional fight would be the same in Washington today, but far more mixed in South Korea. As in the late 1970s, there is a broad official and unofficial U.S. consensus behind the alliance. South Korea has been a solid ally for many years. It has matured into a responsible liberal democratic middle power, thereby justifying the long U.S. commitment to it. The United States and South Korea militaries have deep interoperability, a capability that would be lost is U.S. troops were to withdraw from the area. The South Koreans have dutifully assisted the United States in Iraq and anti-piracy operations in the Indian Ocean. And while Trump is correct that Seoul should spend more on its own defense, South Korea’s defense spending is proportionally higher than most U.S. allies and is going up.

So Trump, like Carter, would likely be alone on this. The relevant actors in the United States—State, Defense, Congress, the think-tanks, the Democratic presidential contenders—are not demanding a retrenchment and would likely push back against it. Even as the calls for U.S. retrenchment have grown louder since the Iraq War, that debate has mostly focused on the Middle East were U.S. clients like Saudi Arabia and Israel seek to pull the United States into questionable conflicts. South Korea is not doing this.