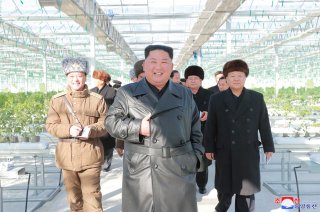 North Korea’s dictator must have been isolated and frustrated until early 1991. This is because Moscow and Beijing had turned away from their blood relation but isolation it could be started in 1971 when Beijing and the United States first met.

The Soviet Union disappeared in 1991, and worse, China maintained an open relationship with Seoul.

The North Korean economy was destroyed and urgently needed a currency and a relationship with the United States.

The Bush administration’s North Korea meeting in 1992 and on May 1, 1994, failed because the North Korea warned United States that they had crossed “red-eye” and Washington warned of "serious" consequences such as the UN’s demand for North Korea and placing economic sanctions against North Korea.

North Korea continued “an act of war” Kim-il sung earlier had declared a “state of semi war alert,” which mobilized his people for war.

Then, in October 2002, it was the first high-level dialogue between the United States and North Korea, and it also failed.

North Korea may also argue that the United States has failed a constructive dialogue with Pyongyang, which it calls a “threatening” language. However, it does not matter what the level of development is, regardless of whether the program exists or not. Whether Kim Jung-il uses nuclear weapons or not, it should press a button.

At that time, North Korea screened a five-minute commentary on TV, saying, “The curse of the meek people of the United States distorted reality.”

Back in 2017, President Donald Trump called Kim a “little rocket man” and Kim dismissed Trump as a “mentally unclear American lizard.’’ North Korea has several times, following diplomatic moves, launched missiles. The isolation process appears to be more dependent on the continue of 2020 The military’s first line designed to strengthen attitudes across borders. The North Korean media emphasizes this, “The nuclear issue on the Korean peninsula is the product of the United States’ hostile policy toward North Korea . . . The subsequent US regime pursued a hostile policy toward North Korea and was threatened with nuclear weapons.” North Korea is preparing for a military parade this year to mark the seventy-fifth anniversary of the Founding of the Workers’ Party of Korea. North Korea will never give up its nuclear weapons, and its relationship with the United States is only its teeth and lips. North Korea is unlikely to give up its nuclear weapons and production capacity entirely because North Korean leaders ultimately see nuclear weapons to survive in the regime and a way to control its people. Trump imposed sanctions on banks in China to strengthen his attitude toward China and launder North Korean cash. This is good news; however, I would like to pay attention to thousands of completely neglected victims of North Korea and China. There are thousands of North Korean refugees who have fled hell only to find themselves to be victims of unspeakable abuse in China. The United States, the European Union, and indeed the whole world, must demand that the Chinese government recognize these people as refugees and not as illegal immigrants. We need to help ensure that they are not deported to North Korea. We should also crackdown on human rights aimed at them. After separating the North Korean regime from North Koreans, helping the North Koreans, and giving their freedom is the only way to make them abandon North Korea’s nuclear program along with the collapse of their regime.

Jihyun Park is a North Korean defector and human-rights activist.