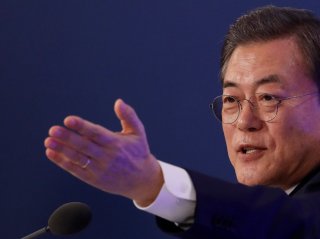 South Korea has been experiencing lately a positive shift in its global image and reputation amid the COVID-19 pandemic. Seoul has been receiving global attention because of its relative success in controlling the number of confirmed COVID-19 cases after an explosion of cluster cases in Daegu city in early February. Its strategy of aggressive testing, tracing, and treatment has been lauded for being both effective and swift and has been applied to varying degrees across the globe. Along with the “export” of its response strategy, Korea’s testing kits have also become potential export items as the number of confirmed cases worldwide increased exponentially in late March. As of March 27th, as many as 117 countries have requested South Korea for test kits and medical equipment via both official and commercial channels. Dubbed “Corona diplomacy,” President Moon Jae-in has held phone conversations with at least 10 leaders, offering to share South Korea’s experience and data accumulated from its response since January. In addition to bilateral cooperation, South Korea has been proactively pushing for increased international collaboration especially through the G-20 platform, as well as calling for regional cooperation even as its ties with North Korea and Japan remain strained.

As Foreign Minister Kang Kyung-hwa put succinctly, South Korea’s response model rests on principles of openness, transparency, and informing the public. South Korea’s data on confirmed cases have been known to be the most “comprehensive” one with intimate details about patients, to the extent that privacy concerns have been raised. Seoul has even rolled out a public diplomacy slogan “TRUST,” which is an acronym for its domestic measures (transparency, robust screening and quarantine, unique but universally applicable, strict control, treatment), on the foreign ministry website to promote its COVID-19 response model globally. President Moon, in his phone calls with other world leaders, has been emphasizing South Korea’s willingness to share its prevention and testing experience as well as clinical data on cases in South Korea with the rest of the world.

Bilaterally, South Korea has offered or promised support to countries, especially those with whom it shares security interests. As part of its contribution to global efforts to fight COVID-19, South Korea’s first export of its test kits was to the UAE with which it shares a “special strategic partnership.” Following President Trump’s request, President Moon offered to export test kits to the U.S if there is any surplus. Upon news of U.S. FDA’s pre-approval of test kits made by three South Korean manufacturers, a South Korean foreign ministry official commented that the U.S. “ranks first” on the list of countries South Korea will export the kits to. Reasons for privileging the U.S. besides the explosive increase in the number of confirmed cases in the U.S. included the South Korea-U.S. alliance and the recent bilateral currency swap arrangement.

Related to the “export” of South Korea’s COVID-19 response approach and test kits is Seoul’s proactive call for international cooperation. Foreign Minister Kang had underlined the motive of Seoul “exporting” its approach is less about ‘Korea First’ but about stemming the spread given South Korea’s high interdependence with the world. As part of this outward-looking approach, President Moon proposed a virtual G-20 emergency summit on COVID-19 during his phone conversation with French President Macron that led to its actualization two weeks later on March 26. Prior to the G-20 virtual summit on COVID-19, President Moon in his phone call with President Trump requested cooperation from the U.S. in sending a “unified message” to the international community regarding the pandemic.

By emphasizing the importance of international collaboration in fighting the coronavirus outbreak, South Korea has also tried to improve its strained relations with North Korea and Japan. In his March 1st independence movement anniversary speech, President Moon proposed cooperating with North Korea on COVID-19 outbreak, citing the 2018 September 19 Pyongyang Joint Declaration on military de-escalation as a starting point for inter-Korea cooperation beyond military domain to non-traditional security sectors like healthcare. Similarly, South Korea sought to improve its ties with Japan marred by history-related disputes that was aggravated recently by Japan’s unilateral imposition of travel restrictions on travelers carrying South Korean passport due to COVID-19 outbreak. In the same speech made on March 1st, President Moon highlighted the importance of regional cooperation in responding to “unconventional security threats,” singling out Japan as South Korea’s “closest” neighbor that ought to reciprocate South Korea’s future-oriented cooperative relations.

Even though South Korea’s model of swift and effective response to fight COVID-19 may look attractive, it is not an exemplary model for countries with different political systems, including democratic systems in the West where privacy concerns trump public health safety. As foreign minister Kang Kyung-hwa reminded the rest of the world in her interview on BBC, South Korea’s strategy was driven partly by a demanding Korean public that led to the disclosure of details of confirmed cases, and thus it may not be applicable in countries with different values. Another reason why South Korea’s global role in the current COVID-19 pandemic may be limited has to do with the very reason why its response strategy stood out globally in the first place. Major powers, including the U.S., China, UK, France, and Germany, by contrast, failed to proactively curb the spread of COVID-19 early, and also failed to provide coordinated leadership in response to the pandemic. While this lack of leadership and coordination led to the rise of South Korea’s corona diplomacy, it can only undermine Seoul’s domestic and global efforts.

Minseon Ku is a PhD student in International Relations and Political Psychology. Her research interests include the effect of inter-state conflict on social construction of threat and national security, and a regional focus on Northeast Asia. Prior to coming to OSU, she was a Korea Foundation (KF) junior visiting fellow with the CSIS Office of the Korea Chair in Washington, DC and a research assistant at the National Assembly Budget Office in Seoul, South Korea. She earned her BA degree in Political Science & International Relations at Underwood International College, Yonsei University, and a Master's degree in Global Affairs and Policy/International Cooperation at the Graduate School of International Studies, Yonsei University in Seoul.