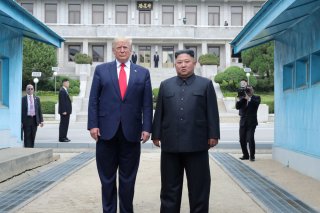 A number of reports have emerged about a cache of fifteen boxes of documents that the National Archives and Records Administration retrieved from former President Donald Trump’s Mar-a-Lago estate.

Trump, the Washington Post reported earlier this week, “improperly removed” multiple boxes of documents from the White House. This led the National Archives and Records Administration to visit the estate in January to retrieve the boxes. The article quoted experts as stating that Trump had the “most challenging” document retention habits of any president since Richard Nixon.

In a statement quoted by the newspaper, Trump described the process of giving the boxes to the National Archives and Records Administration as “collaborative and respectful” and claimed that the “transport of boxes that contained Presidential Records in compliance with the Presidential Records Act.” He added that many of the materials would likely end up in his presidential library.

In a subsequent report, the New York Times stated that there may have been classified material in the boxes in question.

However, the government has little enforcement authority when it comes to such document requests.

“You can’t prosecute for just tearing up papers,” Charles Tiefer, a law professor at the University of Baltimore, told the Washington Post. “You would have to show him being highly selective and have evidence that he wanted to behave unlawfully… [with] willful and unlawful intent.”

Another report about the two leaders’ relationship and the former president’s document retention habits was released on Thursday.

Axios reported about an upcoming book written by Maggie Haberman, the New York Times reporter who covered Trump for other newspapers prior to his presidency and was responsible for some of the most memorable reporting during the Trump era.

The book, Confidence Man: The Making of Donald Trump and the Breaking of America, will not be released until October, but the Axios report listed several scoops that are included in the book.

Trump, Haberman reports in the book, “has remained in contact with North Korean leader Kim Jong-un.” In addition, White House staffers found papers in a toilet, leading them to believe that the president was flushing documents.

According to Axios, Haberman’s book “is the book Trump fears most,” at least according to Trump aides.