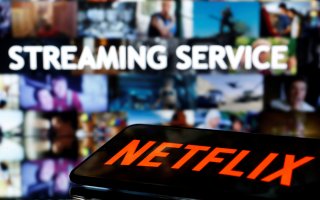 A report in early January had Netflix making a big investment in South Korea, with an eye towards producing more movies in that country. That Deadline report said Netflix had spent $700 million on production in South Korea in the last five years and had recently leased space at a pair of production facilities on the outskirts of Seoul.

The company’s investment appeared to bear fruit this month with the launch of Space Sweepers, the Netflix movie that was marketed as the first South Korean space blockbusters.

Now, another report says Netflix is further escalating its investments in Korea, as the company laid out this week at a regional presentation.

According to Variety, Netflix says it plans to spend $500 million in South Korea this year alone. This will include investments in such films as Moral Sense and Carter, the latter of which, directed by Jung Byung-gil, is described as “a one-scene, one-take action film . . . about a man who wakes up in a motel room with a voice in his ear that orders him to go on an exhilarating kidnap rescue mission.”

Overall, worldwide, Netflix spent about $17 billion on content in 2020, according to an analysis published last year.

“Over the last two years, we’ve seen the world falling in love with incredible Korean content, made in Korea and watched by the world on Netflix,” Ted Sarandos, co-CEO and chief content officer at Netflix, said at the event, as reported by CNBC. Sarandos, Netflix’s longtime “studio boss,” was elevated to co-CEO, along with Reed Hastings, last year.

“Our commitment towards Korea is strong. We will continue to invest and collaborate with Korean storytellers across a wealth of genres and formats.”

At the presentation, Netflix said that it had 3.8 million paid subscribers in South Korea as of the end of 2020, which amounts to about 20 percent of households in that country, Variety said. Netflix is thought to be targeting Asia specifically for its next phase of subscriber growth, as the company doesn’t have a lot more room to grow in the United States or Europe. The company, per CNBC, has created more than two hundred original Asian shows and movies since 2016.

Netflix also has several South Korea-made TV series in the works, including Hellbound, Move to Heaven, Squid Game, and D.P., described by Variety as “the story of army private who becomes a member of a special unit that tracks down military deserters and encounters the realities of confused young soldiers.”

Netflix crossed the milestone of two hundred million subscribers worldwide at the end of 2020, the company said in its last earnings report.