No Panic Here: I Am in South Korea Watching the Coronavirus Spread. 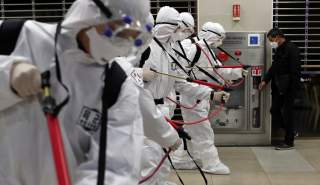