Nobody Actually Won the Korean War 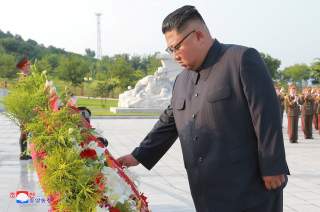 In his research, Brendan Wright describes the Syngman Rhee government’s campaign of violence as a politicide, a “widespread, systematic eradication of the South Korean indigenous political left.” He says that there was not only a need to redress not only legacies of human-rights abuses but also the representation of such incidents in the national historical narrative surrounding the conflict. Currently, the memorial sites for the civilian massacres provide what Bright refers to as a “fragmented representation” of state violence in the years 1948 to 1954. Bright notes that the massacres are reflected upon as local incidents instead of events that stem from essentially ideological and class-based political fractures. While the former interpretation signals that the incidents were isolated and disconnected, the latter provides a coherent understanding of the series of events that fueled violence from both the left and the right, which is helpful in describing the eventual outbreak of war in 1950. Wright argues that the victim-centric ethos of the commemoration sites avoids appropriating blame to the perpetrators of such violence, namely the South Korean state and the U.S. military. In this way, victims unknowingly subscribe to the state’s dominant political and ideological narrative, which degrades the commemoration sites’ mnemonic functions.

Kim Dong-choon, a professor at Sungkonghoe University, also delineates the process in which ordinary civilians suffered from what Wright calls the “collectively shared political violence.” Kim first discusses how the Korean War should be reinterpreted on the basis of the memory of the Korean civilians classified in different levels of social classes and locations. Kim acknowledges that factors such as class, ideology, or location greatly influence personal experiences and perceptions of the Korean War. It is crucial to note that different versions of the war experience exist to this day, in contrast to a single historical narrative. Kim hints that recalling and preserving different memories of the war is an important step to create a build a historical narrative that taps into the nation’s collective consciousness.

In his book, The Unending Korean War: A Social History, Kim claims that when the Korean War officially broke out on June 25, 1950, ordinary citizens residing in Seoul, especially those in the working class, neither expressed “outright support for the North . . . nor . . . [found] any reason to hurry and take refuge.” Workers, to flee rampant poverty and find employment, found themselves joining the state army or cooperating with the leftists and the North Korean army. Kim describes their actions as “opportunistic,” since they were not based on any ideological or political motives but on the economic interests that would guarantee their survival. Their lack of sufficient education to become political subjects capable of making their own political judgments also contributed to the peasants’ passivity. Thus, when the North Koreans attacked and occupied Seoul, many collaborated with the North Korean army and leftists. Those who did not suffered from the attacks with no protection offered by a “missing” South Korean government. Kim writes that during the occupation of Seoul the situation was “over-politicized,” coercing the majority of the population that was situated in a grey area to subscribe to the “us versus them” dichotomy. As the split grew stronger, the two warring sides both failed to distinguish their enemies apart from innocent civilians.

Ordinary citizens, who were mostly without strong ideological values, experienced countless instances of violence for political reasons they felt indifferent towards. In South Korea, this type of violence emerged particularly in the late 1940s, when Syngman Rhee’s state-building efforts generated state-led violence and civilian massacres. To understand such massacres in the context of the Korean War, Kim Dong-choon claims that the Korean War should be viewed as a civil conflict that began long before June 25, 1950. The outbreak of the official war was, as Kim claims, an “explosion of political tension that had been simmering since Korea’s liberation” from Japanese annexation in 1945, when taking into account the multiple clashes between the South Korean government and the leftist guerrilla uprisings, the state and the civilians, and the civilians amongst themselves divided along class lines.

Kim describes the incidents like the Jeju 4.3 Incident as a systematic, “intentional and deliberate mass killing of [unarmed] Koreans” by the military, which is a state organization. During this time, South Korean government officials were appointed by the U.S. Army, many of whom were formerly pro-Japanese. This created public distrust towards the government and demands for the liquidation of colonial remnants. The South Korean state also faced constant threats from the leftist and North Korean guerrilla groups, as well as forces demanding ceasefire and unification. Syngman Rhee’s political basis was thus extremely fragile for a number of reasons. Violence and massacres were seen as inevitable consequences for nation-building by both the South Korean government and the United States.

The Jeju 4.3 Incident of 1948, for example, was an anti-communist suppression campaign led by the state in response to the strikes and uprisings of the leftists as well as the attacks on police stations by armed guerrilla fighters on Jeju Island police stations. Leftists opposed the upcoming May elections for posts in the Constitutional Assembly, which would lead to a new democratic republic led by Syngman Rhee. They organized aggressive demonstrations to impede elections in Jeju. During a strike-out operation, innocent civilians suspected of collaborating with the guerrilla forces were brutally attacked, generating an act of state terrorism against unarmed, unresisting civilians who most likely had no significant involvement in guerrilla activities. After the Jeju 4.3 Incident, another “massacre” of the National Guidance Alliance by the South Korean army after the reoccupation of Seoul turned out to affect mostly innocent civilians. At the time, 80 percent of the members in the Alliance were comprised of civilians who did not adhere to a particular ideology. The United States has claimed that it was an impossible task to distinguish leftists and rightists when soldiers were in extreme fear of being attacked by leftist guerrilla groups disguised as civilians, but Kim argues that the indiscriminate bombings and arbitrary executions cannot be justified.

Thus, the numerous massacres during the Korean War can be viewed by some as a collective experience of violence carried out by the state against ordinary citizens residing in Jeju and other affected regions. This form of violence later led to other violent suppressions during and after the Korean War, which would create similar memories among people of different regions and affiliations. If these incidents that occurred before the official outbreak of the war can be considered a “war[s] hidden within a war,” as written in The Unending Korean War, then the total duration of the Korean War can be extended to include the later years of 1940, as well as the years of all-out war from 1950 to 1953.

Individuals and the communities they lived in were impacted by the war to different degrees, which varied based on their exposure to the war and wartime violence is further expanded by a study provided by Woo Chang Kang and Ji Yeon Hong. Their study shows that the true impact of the Korean War is not yet known because individual memories of the war influences contemporary attitudes towards the South Korean state, North Korea, and other foreign powers involved in the conflict. Cohorts of areas affected by state violence and locked in patterns of discrimination faced the effects of trauma and stigma. Thus, they showed relatively less pride in South Korea. The opposite held true for individuals who had been exposed to anti-Communist campaigns or had been “incentivized for differentiation from the victims,” as they showed more pride in South Korea and more hostility towards North Korea.

It is crucial to acknowledge that there are multiple stories of personal war experiences, especially those of innocent civilians who were negatively affected by state violence, to create a collective, cohesive narrative of the war that would serve as a first step for reconciliation among individuals within South Korea. At the same time, a collective narrative of the Korean War would not, and should not, categorize victims of state-perpetrated civilian massacres as the only victims. They should not exclude war crimes and atrocities committed by the leftist guerrilla groups and the Korean People’s Army (KPA), which were led by the North Korean leader Kim Il-sung.

Kim Dong-choon describes the Kim Il-sung regime’s systematic executions in the early phase of its occupancy of South Korea against rightists, landlords, police forces, government officials, intellectuals, and a large group of Christians through the utilization of a people’s court. The Kim regime took violent and harsh steps to eliminate its political enemies, including former independence activists and North Korean political leaders such as Pak Hon-yong and Kim Won-bong, through a series of political purges, leaving no room for any opposition. Meanwhile, the leftist guerrilla groups sparked mass conflict with South Korean police forces and civilians, as they threatened locals to provide food and shelter for their cause which ordinary civilians did not voluntarily endorse. Kim further discusses the pervasiveness of “retaliatory massacres” by both rightist and leftist civilian groups during the course of war in the form of “personal vendettas” rather than ideological clashes, which received tacit consent from respective state authorities. Therefore, a comprehensive understanding of the multiple and varying wartime memories should include those of victims of large-scale massacres, executions, and political purges perpetrated by the Rhee government, the Kim Il-sung regime, and also civilian groups like the leftist guerrilla activists.