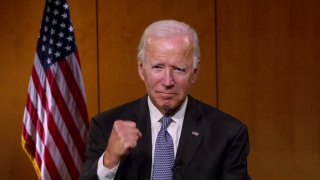 Joe Biden has a great deal of foreign policy experience. He was a member of the Senate Foreign Relations Committee for thirty-four years as a U.S. senator, and during that time, he was chair or ranking minority member of the Committee for a decade. Furthermore, Biden was heavily involved in foreign policy as vice president. He understands foreign policy, he relied on experienced foreign policy specialists and intelligence analysts, and he was involved in national security decisions. If Biden steps behind the Resolute Desk in the Oval Office, North Korea policy will be conducted in an experienced professional way as most previous administrations have conducted foreign policy, with the focus on the interests of the United States.

With regard to North Korea, Kim Jong-un should expect a Biden administration to deal with him in a serious and responsible way, despite the fact that the North Korean regime was vicious in attacking Biden last November in response to Biden’s comments about North Korea. The North’s Korean Central News Agency said that Biden had the “temerity to dare slander the dignity of the supreme leadership of the DPRK,” and concluded that “Rabid dogs like Biden can hurt lots of people if they are allowed to run out of control. They must be beaten to death with a stick, before it is too late.”

Fortunately, unlike Donald Trump, Biden has shown his personal ego does not get in the way of making important policy decisions. Biden asked Kamala Harris to serve as his vice presidential running mate, despite her personal attack on him in an early Democratic candidates’ debate. Trump, on the other hand, has shown a vindictive streak when he feels a personal slight. Biden’s decisions on North Korea, and other foreign policy decisions, will be carefully considered, and American national interest and foreign policy expertise will be the basis of decisions.

Biden will not be holding summit meetings with Kim Jong-un that are heavy on media moments but without substance. Vice President Biden was critical of President Donald Trump for holding three summits with Kim without any preconditions. Biden said the summits, which produced little but photo ops, only gave legitimacy to the North Korean leader with no progress on key issues.

Biden is likely to use a broader range of diplomatic efforts to pressure North Korea. He has been a supporter of the United Nations, which plays a key role in sanctions to induce North Korea to move away from its nuclear weapons programs, and he would likely again bring the United States into the UN Human Rights Council, which has pressed North Korea on human rights abuses of its own people. A more sophisticated and carefully nuanced engagement with China, which a Biden administration would bring, may also help bring better cooperation in working with Beijing to move North Korea on security issues.

Robert King is the Senior Advisor of the Korea Chair at the Center for Strategic and International Studies. He also served as special envoy for North Korea human rights issues at the U.S. Department of State from 2009 to 2017 after being nominated by President Barack Obama.