North Korea May Be on the Brink of Collapse—Or Not. 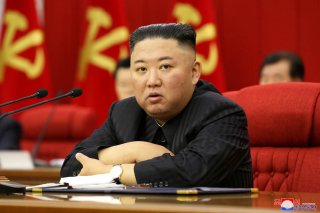 There is little question that the Democratic People’s Republic of Korea (DPRK) appears to be experiencing a period of intense stress. Earlier this year, Kim Jong-un made the unusual public admission that the coronavirus pandemic and economic woes had caused major problems for his country. The DPRK faced another “arduous march,” he contended. Just recently, Kim acknowledged that North Korea could be facing a “tense food situation,” and some observers hear echoes of the country’s dreadful famine in the 1990s.

It is entirely possible that decades of rigid, quasi-monarchical rule by the Kim family, combined with the inherent follies of Marxist-Leninist economics, finally have taken a fatal toll. Over just the past half-century, the global ash heap has been littered with regimes that seemed secure but disintegrated almost overnight. The most famous example was the unraveling of the Soviet Union, but other episodes were nearly as stunning. The collapse of the Shah of Iran’s rule in 1979 and the demise of Hosni Mubarak’s regime in Egypt in 2011 were two other notable examples. Rigid dictatorships usually have the superficial appearance of strength and control, but they sometimes prove surprisingly brittle.

In North Korea’s case, though, the consequences of a sudden implosion could be far-reaching indeed. It might well unleash large refugee flows into both South Korea and China. The economic burden alone on those two countries, and the rest of the international community, would be enormous, and the task of integrating a population that has experienced decades of horrific isolation and indoctrination would be at least as challenging. North Korea’s neighbors would much prefer an extended “soft landing” through economic and political transformation than a sudden collapse.

The North Korean system is the epitome of rigidity and resistance to change. However, U.S. policymakers and much of the mainstream media have argued for a long time that the system is not sustainable. During the 1990s the thesis was especially popular that the DPRK either would emulate the dramatic economic reforms taking place next door in China or crumble. Wendy Sherman, a North Korea specialist in Bill Clinton’s administration and the current deputy secretary of state, recalled that “At the beginning of second Clinton administration, we had a meeting to discuss our agenda. Everyone in the room thought that North Korea would collapse within two years.”

Yet, that clearly did not happen. The regime, despite its grim, almost cartoonish, methods of social control and its chronically dysfunctional economic system, is still around. Moreover, that type of endurance is not that unusual in the international system. Mubarak’s kleptocracy lasted for four decades before the Egyptian people finally swept it aside. When the end came, it came suddenly, but it also took a very long time to reach that point. The same was true of Robert Mugabe’s destructive rule in Zimbabwe, and the Soviet Union, of course, lasted seven long, miserable decades.

The United States and North Korea’s neighbors cannot base policy on the hope that North Korea’s awful dictatorship soon will experience the ignominious end it so richly deserves. Kim Jong-un controls a small but growing arsenal of nuclear weapons. Pyongyang still has the ability to disrupt the peace of East Asia in multiple ways. Like it or not, we must pursue a policy of constructive engagement to defuse the nuclear issue and develop something resembling a normal relationship with the North Korean leadership. Expecting a DPRK collapse and basing our policy on that scenario would amount to foreign policy wishful thinking. The stakes are too important and the possible negative consequences too dire to indulge in such behavior. Joe Biden’s administration must instead do the hard work of conducting more effective, flexible diplomacy than its predecessors were able to muster.

Ted Galen Carpenter, a senior fellow in defense and foreign policy studies at the Cato Institute, is the author of twelve books and more than nine hundred articles on international affairs. He is the co-author (with Doug Bandow) of The Korean Conundrum: America’s Troubled Relations with North and South Korea.