North Korean Economy Contracting as a Result of COVID-19 Pandemic 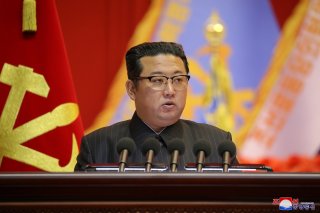 One thing has been consistent since the start of the COVID-19 pandemic: North Korea has claimed to have zero cases of the virus.

Earlier this week, the World Health Organization said that North Korea claimed it had zero cases of the virus, having tested 1,492 people, per NK News. That brings the total tested in that country to just under 50,000. Of course, there’s a great deal of skepticism among both health experts and North Korea watchers that the regime has been as successful in fighting the spread of the pandemic as it claims.

Earlier this week, Charged Affairs looked at the impact of the pandemic on North Korea. The report cited a statement from North Korea’s ministry of foreign affairs that “the measures of isolation and quarantine… by the Party and the government of the DPRK [and] “concerted action and mobilization of the whole society and entire people” are the reasons why North Korea has succeeded in avoiding the virus.

Measures taken by North Korea, per Charged Affairs, have included closing its border with China, instituting “draconian domestic travel restrictions,” as well as “strict quarantine regulations for plausible COVID-19 cases,” despite North Korea continuing to insist that it has no such cases. These measures, in turn, have led to a major economic contraction for North Korea.

That report added that North Korea’s health and hospital infrastructure remains comparatively primitive, with under-qualified doctors and ancient facilities that sometimes lack running water. Restrictions have also led to even greater food insecurity in North Korea. However, North Korean elites have access to much better healthcare.

His report found that North Korea’s economy contracted by 4.5 percent in 2020. That was largely because of a major decline in its trade with China. This led economist Bradley Babson to state that the COVID restrictions “accomplished in a matter of weeks what United Nations Security Council sanctions have failed to achieve since their expansion in 2017.”

“In the near term, North Koreans will continue to suffer from hunger, malnutrition, and other chronic health-related issues unrelated to the coronavirus, including tuberculosis,” the Brookings report said. "When borders begin to reopen, North Korea’s domestic markets will reemerge. If Kim manages to maintain control over legitimate markets as part of ‘our style’ socialism, the regime will likely manage to muddle through in the longer term.”