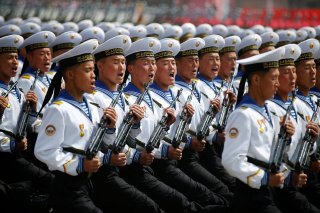 Rumors about North Korean leaders’ deaths are not new. Those surrounding Kim Jong-il’s death were rife in South Korea before his “sudden” death was confirmed a month later on December 19, 2011. In hindsight, it is plausible that Kim Jong-il’s health did take a turn for the worse in November, sparking rumors. While current speculations surrounding Kim Jong-un’s health should not be taken seriously in the absence of credible sources, the current situation may be a timely opportunity to probe the “what if” questions in the event of his sudden death. This possibility should be analyzed for its likely impact on North Korea and the region, given the current state of global uncertainty.

The most critical question to ask related to Kim’s mortality is, who would be his successor? We do not know if Kim has one in mind; even if he does, he has not made his decision public. Kim Jong-un himself became publicly known as Kim Jong-il’s successor in early 2010 after months of internal grooming. This publicity sparked speculations about his involvement in the Cheonan naval ship attack, failed currency reform in North Korea, and the shelling of two northwestern South Korean islands in November that year, all of which were aimed at building his domestic legitimacy.

But even if Kim Jong-un is dead and has no named successor, history tells us that North Korea has been much more resilient than expected, even during abrupt events. Speculations surrounding regime instability and the possibility of North Korea collapsing following Kim Il-sung’s and Kim Jong-il’s deaths, in 1994 and 2011 respectively, were proven wrong subsequently. On the contrary, Kim Jong-il and Kim Jong-un managed to make North Korea a nuclear state even with years of U.S.-led international pressure and isolation. It is therefore not unthinkable that North Korea, like any other state government, would already have mapped out a post-Kim Jong-un contingency plan that will ensure minimal disruption to internal political stability.

The second critical question is, what happens to the Korean Peninsula and the region in the event that Kim dies suddenly? Military-wise, South Korea and the United States have joint contingency plans such as OPLAN 5029 to act on in the case of any unexpected instability within North Korea. Past skirmishes between the Koreas that were allegedly initiated by North Korea to promote domestic stability also did not escalate into prolonged, higher-intensity aggressions.

Given this trajectory of seemingly resilient North Korea, there is, nevertheless, room for greater uncertainty when it comes to a possible “2020 North Korean Leadership Crisis.” Domestically, Kim Jong-un’s young age and short reign pose greater political uncertainty in a country that reportedly possesses 30 nuclear warheads. Regionally, inter-Korea relations have made little progress since the last summit in September 2018. South Korea-Japan diplomatic spats could also create problems for regional security coordination. U.S.-China relations are at their worst since the beginning of the Trump administration following trade war and misinformation war over COVID-19. Internationally, the absence of multilaterally-coordinated response to COVID-19 pandemic has not only questioned U.S. willingness to act multilaterally, but it also suggests how American domestic politics could unintentionally lead to short-sighted security and foreign policy decisions made at the expense of international security and stability.

Amid this uncertainty within uncertainty, it is still probably best to remain cautiously open to all possibilities while dismissing groundless claims. Because who knows? Kim Jong-un could be the only leader who is able to afford the luxury of taking social distancing to the extreme by canceling his official schedule while enjoying a stay-cation in Wonsan.

Minseon Ku is a PhD student in International Relations and Political Psychology. Her research interests include the effect of inter-state conflict on social construction of threat and national security, and a regional focus on Northeast Asia. Prior to coming to OSU, she was a Korea Foundation (KF) junior visiting fellow with the CSIS Office of the Korea Chair in Washington, DC and a research assistant at the National Assembly Budget Office in Seoul, South Korea. She earned her BA degree in Political Science & International Relations at Underwood International College, Yonsei University, and a Master’s degree in Global Affairs and Policy/International Cooperation at the Graduate School of International Studies, Yonsei University in Seoul.