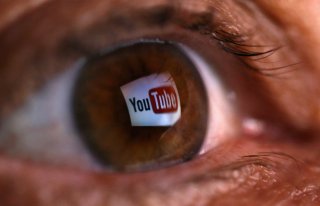 There are now over 1.1 billion streaming devices on the planet, and while Samsung is the leading brand for them, the market is spread across many different brands.

That’s according to research firm Strategy Analytics’s latest analysis, which found that TV manufacturers lead the streaming device race. Samsung is the top brand, with 14 percent of the market, followed by LG with 8 percent, and Hisense, TCL and Amazon with 5 percent each. A long list of other manufacturers, including Nintendo, Microsoft, Google, Vizio, Roku, Sharp, and Apple, have low single-digits in market share.

In addition, Samsung’s Tizen platform is the top streaming operating system worldwide, with 11 percent, while webOS (used by LG), Sony’s Playstation, Roku OS and Amazon OS each have about 5 percent of the market, while Android TV, and Microsoft have 4 percent, Google/Chromecast has 3 percent, and Apple/TV OS and Firefox have 2 percent. The “other” category comprises 49 percent.

In a Comscore market share report for the U.S this summer., which only took into account streaming-specific devices, Roku held 49 percent of the market, which gave it a large lead over Google’s Chromecast (22 percent), Amazon Fire TV (16 percent) and Apple TV (12 percent.)

The new Strategy Analytics report found that streaming entertainment consumption around the world is beginning to migrate more towards smart TVs than mobile devices, a phenomenon that has accelerated due to the pandemic.

“Over-the-top TV and video streaming to the TV is a complex and evolving landscape compared to mobile devices, where only two platforms dominate,” David Watkins, Director at Strategy Analytics, said as part of the announcement.

“Content owners and developers need to consider carefully how to target their resources and strategy towards specific brands and platforms since geographical deployment patterns vary enormously. Frequently updated, tactical tracking of platform deployments is a valuable tool in ensuring that services are reaching their highest potential audience.”

The firm also expects these trends to continue into the future.

A report this week stated that cable giant Comcast is looking to crack the streaming interface market. The report, from the technology newsletter Protocol, stated that Comcast is in talks with TV manufacturers about making its X1 interface available into a smart TV operating system. It’s not clear, however, how far those talks have gotten, and whether putting in X1 would require those TV manufacturers to abandon their existing operating systems.