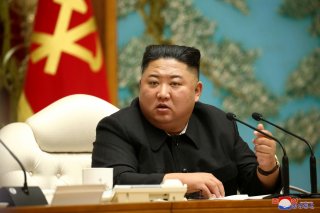 International diplomacy can be a strange and exciting phenomenon. One month, you are casting aspirations and throwing insults at a head-of-state; a few months later, you find yourself sitting at the table with that very same head-of-state, strolling in a beautiful, manicured garden and posing for the cameras.

Four years ago today, nobody could have predicted that Donald Trump and North Korea leader Kim Jong-un would end their relationship with two summits, one quickly-scheduled meeting on the Demilitarized Zone and a sizable number of letters under their belt. To simply assume U.S.-North Korea relations during the next four years will revert to the bankrupt strategic-patience policy of the past would be similar to having tunnel-vision, where any number of other scenarios are cancelled out or rendered improbable.

The same goes for predicting Kim Jong-un’s behavior over the next several months. There is a baseline assumption among the commentariat that some sort of North Korean provocation will greet Joe Biden upon his entry into the White House. Well-known Korea hands in Washington, D.C. are anticipating a weapons test of some sort, whether it be Pyongyang’s first underground nuclear test in more than three years or the launching of its new Hwasong-16 intercontinental ballistic missile. While the Kim dynasty has a history of testing an incoming U.S. President with an action of some kind—Kim’s father, Kim Jong-il, ordered rocket and nuclear tests three months into Barack Obama first term—the arrival of a new U.S. administration could just as well restrain the North Koreans from engaging recklessly. The North Korea of 2021 is not the North Korea of 2008 or 2017.

Of course, nobody should rule out a test. Eleven months ago, Kim Jong-un declared he would no longer treat his self-imposed moratorium on long-range missile tests as binding. There is no love lost between North Korea and Joe Biden; during his final presidential debate with Trump in October, the President-elect equated Kim Jong-un to Adolf Hitler—not exactly the sort of comparison you want to make if you intend on launching a serious diplomatic process with the North Koreans. Biden’s conditions on diplomacy with Pyongyang will rub a lot of North Korean officials the wrong way and could be a prelude to the usual muddle that has defined U.S.-North Korea relations over the last three decades.

But one has to ask what North Korea would gain from a future test early in the Biden administration. According to some, tossing an intercontinental ballistic missile (ICBM) into the sky would enhance Pyongyang’s leverage when nuclear talks eventually restart by sending a message to the U.S. that it isn’t without some valuable cards. But would it, really? What added leverage would it give the North? The U.S. intelligence community is already basing its conclusions on the working thesis that Pyongyang has the capacity to strike any corner of the U.S. with a nuclear-tipped ICBM. The North has also established itself as a nuclear weapons power, even if the United States and the U.N. Security Council refuse to treat it as such. The benefits of a test would be merely symbolic.

And it certainly wouldn’t be worth the costs. Right now, the dynamics on the Security Council are quite favorable to North Korea. China and Russia have been shielding Pyongyang from additional U.N. sanctions for the last year. The diplomatic channels between Pyongyang and Beijing are far more constructive today than they were in 2017, when the Chinese were beyond irritated with Kim’s antics. Given the economic situation in the North right now due flooding and the coronavirus, what sense does it make for Kim Jong-un to risk further financial strangulation by proceeding with a controversial, noisy test of a major weapons system? Why overturn the apple cart for marginal gain?

The Kim dynasty has proven its meddle in surviving. But that doesn’t mean Pyongyang still wouldn’t like to see economic sanctions relaxed or lifted at some point. Kim can kiss that possibility goodbye if he shoots before he thinks.