South Korea Cancels Its Overseas Elections Due to Coronavirus Concerns 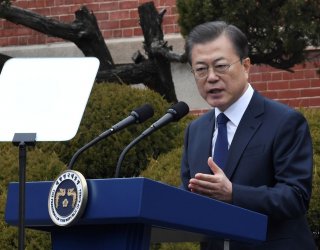 South Korea’s National Election Commission announced in recent days that it was shutting down overseas polling stations in the United States and 24 other countries due to coronavirus. The general election is proceeding as planned in Korea on April 15, but approximately half of the 160,000 Koreans registered to vote abroad will be unable to do so.

Since 2012, Korean citizens have been able to cast their ballots at polling places often set up near immigrant communities or at embassies. While insignificant as a proportion of the 24 million Korean citizens who voted in the 2016 general election, overseas voters, many of whom are students, are disproportionately likely to support liberal and progressive parties. In 2016, 37.4% of overseas voters cast party-list ballots for the Democratic Party, compared with 25.6% of all voters, and 16.5% voted for the progressive Justice Party, compared to 7.2% of voters.

The Kyunghyang Sinmun quoted a voter living in Germany, Im Da-hye, as protesting, “I do not want to lose our suffrage.”

An official from the NEC said the decision was inevitable, however, given the conditions: “As the COVID-19 situation has worsened worldwide, we could not avoid considering the measures home countries had taken to limit movement.”