South Korea the Only Middle Power Of Its Kind 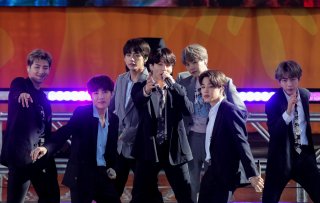 South Korea is a multidimensional middle power. South Korea, with a population of fifty million, ranks number ten in terms of GDP according to the World Bank and International Monetary Fund in 2021. South Korea’s military with six hundred thousand active military duty members ranks number six in 2021 according to Global Firepower. In addition, South Korea’s defense spending, currently at U.S. $46 billion, is expected to surpass that of Japan by 2023. South Korea’s manufacturing sector ranks number five, following China, the United States, Japan, and Germany. And its economy is led by a well-balanced combination of leading industrial sectors. South Korea has top global producers of steel, automobiles, shipbuilding, semiconductors, telecommunications, electric car batteries, and biosimilar. According to Bloomberg, South Korea ranks number one in terms of innovation, being equipped with the world’s fastest nationwide internet service and aggressive investment in R&D.

South Korea’s soft power adds another dimension to its middle power status, especially considering cultural products such as K-pop, K-drama, movies, and food. Korean film Parasite won four Oscars at the most exclusive Academy Awards last year. It made history as the first non-English language film to win Best Picture along with Best Director, Best Original Screenplay, and Best International Feature. Korean K-pop dance groups and idols are a global sensation. BTS, the hottest boy group at the moment, has eighteen million fans around the world despite the fact that most of their songs are in Korean. The group’s recent record Butter was listed number one on the Billboard Hot 100 chart for seven weeks this summer, only to be replaced by another new song by BTS. Despite diplomatic tensions between Korea and Japan, K-Drama is widely popular among Japanese audiences both young and old, marking its fourth wave in Japan. K-esports and Korean webtoons, a form of digital comic, are making their way into the global market as a new frontier in future entertainment.

Yet, South Korea’s unique aspect of its middle power comes from its historical and positional dimensions. First, South Korea’s rise to a middle power status comes without much historical baggage. South Korea has no history of aggression against others nor an imperial past in its modern history. Indeed, South Korea is the only country that successfully made its transition from a former colony to an advanced economy. One could say that Australia or Canada, along with the United States, used to be a colony. Nonetheless, what is distinct about South Korea is the fact that it was colonized by former imperial Japan by coercion. As South Korea, previously an aid recipient, is now a provider of developmental aid, many other developing nations tend to take South Korea as a genuine model that shares a similar history.

Second, South Korea could play an important role in connecting the West to non-Western societies. South Korea’s political evolution—from a traditional society marked by five hundred years under the Joseon dynasty to a vibrant democracy based on a Western liberal ideology—makes South Korea another unique case positioned between the West and the rest of the world. From the perspective of Western democracies, South Korea is a valuable partner and an exemplary illustration of how Western liberal democratic ideas and values can be successfully transferred to a non-Western traditional society. Along with countries like India, South Korea showcases a powerful example of the universality of liberal values. As the global democracy is at risk due to the rise of authoritarian leadership across the world, it was a timely move for the G7 to invite South Korea as an observer to this year’s summit in the United Kingdom. Liberal values such as freedom of speech, basic human rights, and racial and LGBT equality could have a universal appeal if advocated by non-Western democracies like South Korea.

South Korea’s unique experience combining a Western-style democracy and the Asian value of communitarianism could become a very powerful source of South Korea’s success as a new model for dealing with global challenges. In the global pandemic, South Korea has been cited as one of the most important success stories in terms of prevention and control. Compared to the U.S. and European countries, South Korea was able to contain the virus thanks to very aggressive governmental measures such as testing, tracing, and social distancing. Yet, such measures would not be enough if had they not been combined with active participation and cooperation from individual citizens. For the average Korean, following COVID guidelines is not only necessary for their own protection but also an important mandate for their family and the community. South Korea has the highest participation rate when it comes to vaccination. Yet, such success is only possible because the people trust the government to be transparent and open. South Korea was able to make these achievements without a citywide nor a nationwide lockdown. It was largely done through people’s voluntary participation in a democratic and transparent process. As a result, the South Korean economy experienced minimal damage with only minus one percent GDP loss last year, and it is projected to undergo 4.3 percent economic growth this year according to the IMF.

Ironically, South Korea’s middle power is least appreciated by Koreans who still tend to regard themselves as a developing nation. South Korea’s foreign policy often focuses on the North Korean threat and its nuclear ambitions on the Korean Peninsula. Yet, there are increasing expectations for South Korea to take up more responsibility on regional as well as global issues. Koreans and the world are in for a nice surprise to see the growing impact of South Korea’s middle power on the global stage.