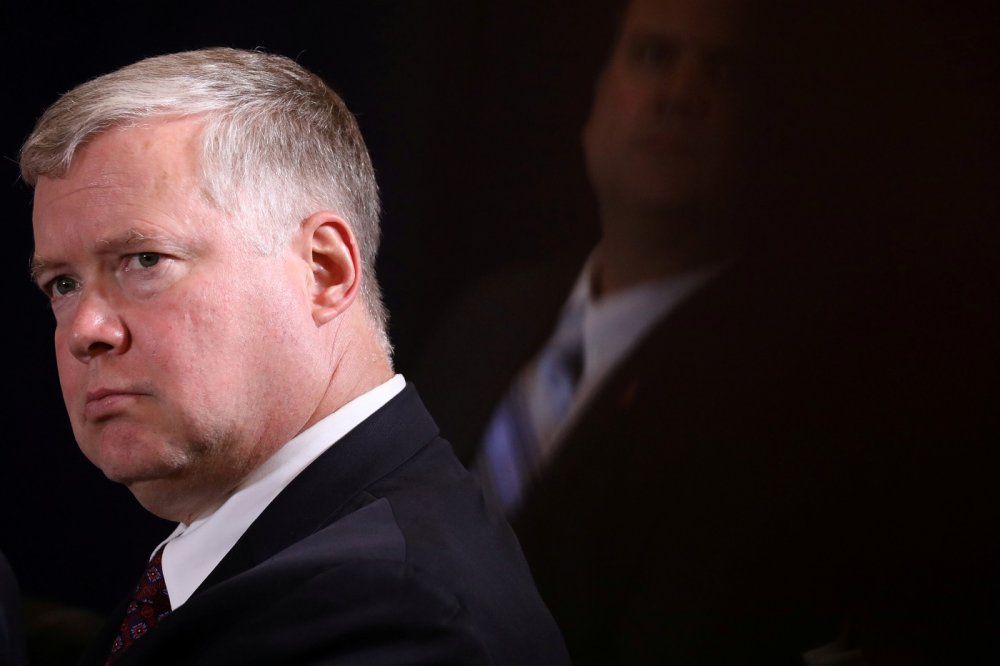 All eyes are on U.S. envoy Stephen Biegun as he engages in a four-day trip to South Korea and Japan. The newly confirmed deputy secretary of state landed in Seoul on December 16 with a list of meetings on his itinerary, including separate talks with his South Korean counterpart, First Vice Foreign Minister Cho Sei-young and a short stopover to the Blue House for a discussion with President Moon Jae-in.

This will likely be Biegun’s last chance to prevent a North Korean fireworks display at the turn of the New Year. The sudden scheduling of the trip reveals the urgency with which the State Department is taking Kim Jong-un’s “new way” seriously. Chad O’Carroll of the Korea Risk Group has likened Biegun’s foray as a last plea before the Kim regime delivers a Pandora’s Box of Christmas gifts.

There is a collective sense of dread about Biegun’s visit, whether he will try to meet with North Korean officials at the DMZ, and whether Kim will even allow such a meeting to take place. The North Koreans haven’t necessarily availed themselves to be in a talking mood over the last several weeks. In fact, ever since Biegun and North Korean negotiator Kim Myong Gil parted ways last October in Singapore after a day, Pyongyang has been far more interested in tinkering with the capability of its engines than giving U.S. negotiators the time of day.

Biegun’s trip could fail—and indeed, that prediction might have the highest odds. But it doesn’t have to fail if the two bosses, Trump and Kim, are prepared to exploit their decent personal ties for the benefit of their own nations.

Assuming that Biegun has a mandate to contact the North Koreans, the envoy should use his time to drill home three core messages as dictated by the president.

1. Playball because Trump is the best you’re going to get:

Pyongyang needs to understand that regardless of their frustration with how the U.S.-DPRK talks have proceeded, Donald Trump is the only American president who is unconventional enough to actually sit down with its leader. No other American president has been willing to soak up political capital for the sake of sustaining diplomacy with the North, and no American president other than Trump would be caught dead even thinking about traveling to the North Korean capital for a summit without substantial nuclear concessions agreed to upfront. With Trump’s Democratic opponents blasting the current diplomatic outreach as a capitulation to an evil regime and the leading Democratic presidential contender condemning Kim Jong-un as a ruthless tyrant, there isn’t much evidence the U.S. political environment will look any more promising to Pyongyang in the future. If Kim doesn’t work with Trump now, he will squander the possibility of making an agreement and wake up one morning to a new White House occupant with a more hawkish position.

2. Don’t do anything rash on New Year's Eve:

Biegun’s second message to the North is just as vital—if you plan on breaking your 20-month ICBM and nuclear testing moratorium, you can forget about any sanctions relief, security assurances, or normalization for the remainder of Trump’s first term. This is not because a U.S. president shouldn’t be pursuing these objectives, but rather because the political atmosphere in Washington wouldn’t allow the president to make a deal under those circumstances.  With Democrats breathing down Trump’s neck on practically every issue and Republicans not fond of the summitry, to begin with, the president would have no political space after an ICBM launch to offer the compromises necessary for a finalized agreement. Trump may have been able to resist the political heat by carrying on with his diplomacy in 2018 or 2019.  But 2020 is an election year when an impeachment-battered president seeking a second term will be less interested in rocking the boat.

The U.S.-North Korea relationship doesn’t have much going for it other than friendliness at the top.  Biegun, therefore, should tell his North Korean counterparts that Trump truly wishes to salvage the positive relationship he has built with the North Korean leader over the last year and a half and use it as a foundation for more constructive bilateral relations between the two governments.  Without some proof, the North would likely disregard the message as the empty mutterings of a president feeling the pressure.  So Biegun should provide some substance behind the language by ensuring Kim’s representatives that Washington will restrain itself if Pyongyang does the same,  This restraint could include a freeze-for-freeze agreement, where the U.S. holds off on additional sanctions designations and large-scale joint military drills with Seoul if the Kim regime continues its missile testing moratorium.  And if Kim is open to shutting down Yongbyon and Kangson and allowing IAEA inspectors to verify it, Trump would be willing to lift the sanctions that have blocked inter-Korean trade exchanges and significantly increase the oil and coal quotas in U.N. Security Council resolutions.

Of course, all of these talking points are speculative and depend on Biegun actually meeting with North Korean officials during his trip. There should also be a disclaimer that included that Pyongyang could have already settled on a new strategic line. But Washington would be missing an opportunity if it didn’t maximize its chances and send an unambiguous missive about how the U.S. sees the future, what it wants, and what it’s willing to do to get there.