What Is Needed of the Next U.S. Administration in Order to Resolve the North Korean Nuclear Conundrum 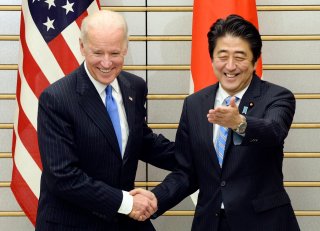 Due to the lack of consistency and coherence in U.S. policy toward North Korea over the past quarter-century, we—not only nations of the region but also the entire world—are now facing a real nuclear conundrum. How can we address the nuclear risk caused by the autocratic North Korean regime and, if it is still feasible, how can we bring genuine closure to this hardly-resolved problem?

The end of the Clinton administration saw failed summit diplomacy and an unrealized presidential visit to Pyongyang in 2000, while the Neo-con Bush Jr. administration saw a 180-degree about-face in its second term. Since then, the Obama administration saw so-called “Strategic Patience,” and the current Trump administration has seen “Political Big-Show-Addictive” diplomacy. All of these have brought nothing but the dramatic expansion of North Korea’s nuclear arsenal, increasingly frustrating serious citizens of the region who feel the real threat posed by the Kim Jong-un regime’s series of missile launches.

Especially after the turn of the millennium, periodic policy revisions by new U.S. administrations were more about ideological motives rather than a practical diplomatic modus vivendi. These revisions have continuously undermined once-coordinated policymaking progress among key allies like Japan and South Korea. What’s worse, the ongoing U.S.-China geopolitical duel accelerated by President Trump’s inward, narrow, and short-sighted political calculations has deteriorated the opportunity to contain and stop North Korea’s nuclear capability through diplomatic means. Without genuine Chinese commitment to tackling this gigantic problem either through adept diplomacy or forcible means like substantial sanctions against the Kim regime, we will not see any tangible chance of denuclearizing the Korean Peninsula.

Having said all this, I would like to make a few recommendations to the coming administration. Firstly, figure out what’s wrong with the current policy discourse, which may be a negative by-product of partisan-divided diplomacy in Washington and the inconsistent approach toward a nuclear North Korea. Secondly, in the course of such an investigative review process, please listen to the frank and critical opinions of your real friends Japan and South Korea. Thirdly, following the aforementioned process, revive effective U.S.-South Korea-Japan policy coordination, looking to successful precedents such as the Perry Process in the late 1990s. Finally, draw a strategic “big picture” of a brighter future for a Korean Peninsula which is totally denuclearized and both more stable and peaceful through strategic dialogue with China. Perhaps the next President will have to discuss it in depth with their Chinese counterpart.

As the only nation to have been attacked by nuclear weapons, now seventy-five years ago this month, and as a leading advocate for nuclear non-proliferation and disarmament, Japan is eager to support the denuclearization process of the Korean Peninsula and will take the initiative in easing tensions and building peace in Northeast Asia.

Dr. Masakatsu Ota is a Senior/Editorial Writer of Kyodo News and a Visiting Professor at Waseda University.