Why Are Obsessive K-Pop Fans Getting Involved in U.S. Politics? 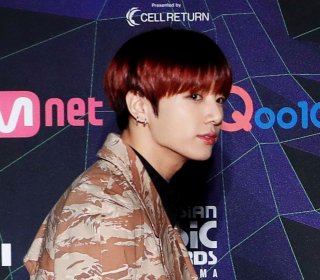 In the mid-1970s, a new music genre emerged. Conceived out of a rejection of mainstream music, stripped-down instrumentally, and highly political with clear anti-establishment lyrics, punk epitomized a culture of politically-engaged youth. A nihilistic mix of radical leftist utopian vision coupled with a shared vision of authenticity—the punk rocker—not only was the music the foundation of the fashion, but its lyrics instrumentalized the politics.

On Saturday, June 20 in Tulsa, Oklahoma, Donald Trump, the president of the United States of America, stepped onto a podium to greet a rally that his aides had predicted would number one million—although the arena’s capacity is a little over 19,000. Instead, Trump was greeted with only around 6,200 followers. The venue was nowhere near full.

Unbeknown to Trump, the organizing prowess of K-pop fans—a diverse and international gathering of young and clearly engaged youth—formed an army that called to action a social-media ploy to reserve seats at the venue only to not show up. The effects should serve as a warning of the power of collective action. There can be no question that in spite of the Trump campaign’s denial that the prank had affected attendance, the potential is enormous. The fact is that the campaign, rather than using this moment as an excuse for the rally’s poor attendance, clearly felt that it was simply impossible for young followers of Korean pop stars to pull this off. Moreover, some quarters of Trump’s following have gone so far as to suggest that this was an orchestrated “foreign” interference in U.S. politics. K-Pop fans are a global collective, many of them are American. But in reality, they identify with no border, just a collective interest in Korean culture.

Spurred on by the ongoing Black Lives Matter (BLM) protests, they took to social media platforms, spamming conversations against the cause and flooding right-wing American “boogaloo” hashtags with their usual army fandom. They successfully disrupted a “snitching app” that was being used by police in Dallas to seek intelligence on protestors. Their hashtag activism has generated a trend and, in our current socio-economic climate, being trendy in a world built on algorithmic marketing tools is big business.

The interesting difference between the political anti-establishment of the punk era and the anti-right-wing populism of the K-Pop fans now is that the music is not what is spurring its followers. K-Pop is not full of political messaging; the music is not calling people to arms. It is the fandom that is doing so with a shared collective identity that is saying “No.” “No” to racism and “No” to right-wing populism.

Some commentators have boldly suggested that the global response to coronavirus might signal the beginnings of the end of political populism. It is clear that democracy alone is not the champion of effective pandemic control. Yet, there is correlation between countries that have elected populist leaders (the United States, Brazil, the UK, Italy, and so on) and the failure to effectively deal with the pandemic from early on. With its global success, K-Pop is now speaking truth to power and is beginning to hold authorities to account, with the numbers of followers that have the potential to influence elections.

It is hoped that as K-Pop fans become “trendy” the music remains unchanged. The lyrics do not need to follow the fandom. The stans are already there. Support, as the K-Pop group BTS did with its financial contribution to BLM, is the key to the success of this new wave of activism.

I have always been a bit cynical about the power of the hashtag. To me, it was often too simple. A box-check. A moment when you can virtually signal your position, or non-position. I often felt that it didn’t do much for the cause. It just contributed towards an extended list of signatures. What is more, I often felt uncomfortable when political causes—particularly in cases of equality—became trendy. The use of the rainbow flag comes to mind. The so-called “pinkwashing” of LGBT rights for marketing and political strategies that sought only to promote products through a gay-friendly, progressive, and tolerant manner. Despite this feeling of being uncomfortable due to the methods involved, this kind of strategy has, in some cases, clearly won. The #MeToo movement, for example, has empowered women globally to speak against sexual harassment and abuse. The widespread exposure brought down the likes of Harvey Weinstein and Jeffrey Epstein. It has changed laws surrounding harassment and assault, brought down barriers to employment and has brought about change in policy (although few would suggest that the battle is over).

My hope is that the same can happen here. If K-Pop stans can contribute to changes in laws, policy, and employment for Black, Asian, and Minority Ethnic groups, then fostering political engagement through popular culture is the kind of change we need.

Prof. Niki J.P. Alsford is Professor in Asia Pacific Studies and Head of Asia Pacific Institutes; being Director of the Institute for the Study of the Asia Pacific; Co-Director of the International Institute of Korean Studies and the Northern Institute of Taiwan Studies; and Chair of the Centre for Austronesian Studies. He is also Research Associate at the Centre of Taiwan Studies at SOAS, University of London and Research Fellow at the Ewha Institute of Unification Studies at Ewha Womans University in Seoul. He received his PhD in Modern East Asian History from SOAS. As a historical anthropologist his research focuses on comparative ethno-histories. Chief among these is an engagement with developmental anthropology in the case of North Korea and climate anthropology across the Pacific. He is author of Transitions to Modernity in Taiwan: The Spirit of 1895 and the Cession of Formosa to Japan, published by Routledge in 2017. He is book series editor for the Taiwan series at BRILL and the Korean series at Routledge.