Why South Korea Is Stuck in the Middle 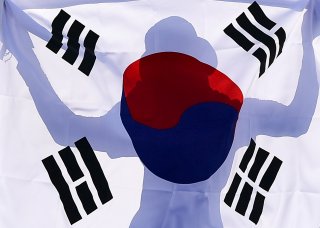 South Korea is a middle power if defined by traditional statistical measures used to determine national power in international relations. It has the tenth-largest economy in the world based on gross domestic product (GDP). That places South Korea ahead of even Russia in raw economic weight. Additionally, South Korea is also the eighth-highest defense spender in the world. This puts it ahead of France and Russia.

These empirical measures fit our intuition of national power. Countries need a strong economy in order to have the money to build military weapons. Militaries are expensive; they require economic resources that might otherwise have been spent on building schools, cleaning the air, providing health care, and so on. Worse, modern militaries, focused increasingly on complex, high-tech platforms, are extraordinarily expensive. Very few states have the ability to build truly full-spectrum militaries. Hence the list of great powers in history is often quite small among the total aggregate of states.

By these traditional, hard power measures, South Korea has climbed the ranks pretty quickly. It was once quite poor, a third-world state. Now, this modern country has a vibrant economy that can support the draining expenses of a large military. This change happened within about a generation. It allows South Korea to project power further away from its shores. In fact, the Asian country has participated in anti-piracy operations in the Indian Ocean and in UN stability operations; its missile ranges put most of East Asia within reach. Now, it is considering the construction of an aircraft carrier to project into the East and possibly South China Seas.

Soft power is another element of South Korea’s national profile where the country has lately grown to prominence. Korean film and music have matured and now compete globally. Recent events, such as the popularity of K-pop and the Oscar best picture award for a Korean film last year put Korean cultural production in the global spotlight.

As South Korea has risen, so has its foreign policy expanded. It participates more deeply in UN activities. It has given up its “developing country” status at the World Trade Organization, a designation which clearly no longer fits and entitled South Korea to poor country privileges it should no longer receive. It has tried to delink its foreign policy from a singular focus on North Korea. Unfortunately, this effort has often failed, The North is simply too wayward, dangerous, and proximate to be ignored. South Korea has sought to be a “convener,” hosting conferences on issues such as climate change and denuclearization, or acting as a “balancer” between the United States and China (although this later has generally failed). It has also fitfully decided to play a larger role in the discussion about the Indo-Pacific region as China’s behavior under Xi Jinping has recently worsened.

There are two areas where this generally upward trajectory might be derailed: population stagnation and persistently aggressive antagonism with Japan.

South Korea has one of the lowest birth rates in the world—less than one child per female. This is far below the 2.1 replacement rate. South Korea’s population continued to grow for two decades as the fertility rate slipped. GDP growth improved its health care and improved longevity. But this gave South Korea a rapidly growing elderly population, which has become a growing burden on pension and social welfare systems. The young people needed to work in South Korea’s otherwise vigorous economy are increasingly missing. In 2020, the South Korean population started shrinking and is unlikely to rebound.

One cannot be a weighty power in international relations without people, of course, but South Korean elites have dodged for two decades the serious domestic changes this issue requires. The workweek is still excessively long here, putting pressure on parents who want more children. Government support for family formation is poor. Women in the workforce still face informal pressure not to become pregnant or to quit their jobs if they do.

Immigration is from southeast Asia is a good solution to this problem but the government has never really pushed to recast Korea’s racial identity construction necessary to make mass immigration socially acceptable. South Korea is still far too xenophobic and racist for this option. Hence, even though South Korea’s demographic troubles have been known for decades, nothing much has happened.

Finally, South Korea’s otherwise maturing diplomacy is still routinely hijacked by domestic ideology regarding Japan and its imperial behavior in the early twentieth century. South Korea’s de facto national ideology has previously been described as “anti-Japanism” and that has not changed. Southern governments of the Left, such as the current one, are ideologically fixated on the competition with Japan. This makes coalition-building among regional democracies difficult and leads to outbursts, which much of the world finds to be exhausting and unnecessary. At some point, South Korea will need to find a working relationship with Japan if its much-sought image as a “responsible middle power” is to solidify.