Will North Korea Accept the Help It Needs to Fight the Coronavirus? 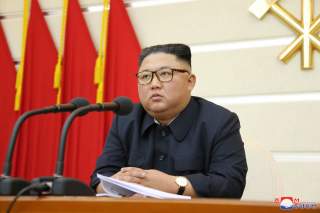 As an isolated country, North Korea has many de-facto barriers from the world. The problem is that such isolated populations can not only spread diseases, but also be infected by the outside world. North Korea’s current prevalence of multi-drug resistant tuberculosis (MDR-TB) has the potential of wreaking havoc all around the world, analogous to the disease curtain seen in Africa during colonial times. Now with the Coronavirus outbreak, North Korea is once again vulnerable to disease strains it has not been exposed to. In fact, these ongoing vulnerabilities calls to mind the terrible wipe-out of entire indigenous populations by diseases spread by colonial powers in the past.

In light of public health concerns like the Coronavirus, two expert communities working on North Korea have incentives to analyze North Korea’s public health situation in slightly different ways. The first group of experts working on humanitarian aid is more likely to focus on easing the suffering of diseases such as the Coronavirus or MDR-TB from a domestic perspective. The second group of experts working on human rights is more likely to focus on the government’s role in the suffering with a more international perspective. These slight differences in interpreting North Korea’s public health situation can help inform ways to best improve North Korea’s conditions and prevent future political divides.

Aid organizations, especially those that look at North Korea’s domestic level, are more likely to support disease treatment to decrease its prevalence inside the country. While aid workers must also care about the impact diseases have on neighboring countries, the ethics of humanitarianism emphasize alleviating human suffering as an inherent purpose. Meanwhile, a cynical view would also take into account the fact that aid workers expect to be physically inside the country only short-term because of aid delivery. Moreover, engagement-oriented workers expect to be in the country long-term in preparation of free trade and Korean reunification.

These aid organizations will be crucial to preventing any outbreaks of the virus. So far, the state has not reported any cases of Coronavirus; however, due to its proximity to the hotbeds of China and South Korea, outsiders are skeptical to whether that is true. Furthermore, the regime is unlikely to report any cases at this time because of the stigma of having infected citizens. So far, groups have been placed under quarantine, yet it is unknown if the state has the means to accurately test for the virus.

Some measures have already been taken by the state itself: borders have been closed off to the rest of the world, foreign nationals have been quarantined, and schools have been closed. Whether these measures are enough is questionable, as North Korea’s medical infrastructure is severely underdeveloped. Many hospitals lack running water, electricity, and proper medicine. This issue is compounded as most of the health facilities are concentrated within the capital. Unprepared for this outbreak, North Korea has already contacted aid organizations such as the International Federation of Red Cross and Red Crescent Societies, Doctors Without Borders, and the World Health Organization (Terry 2020).

Aid organizations focus on the domestic aspect of diseases because providing vaccines and improving people’s health is the most immediate way of alleviating suffering. At least in the North Korean context, aid organizations cannot control the spread of disease in other ways such as by manning checkpoints that control human movement because such measures are not allowed. Similar to the World Food Program (WFP) supporting aid measures with food, aid organizations tend to focus on the domestic impact of problems because of their humanitarian mandate. As a result, these measures match the extent to which the recipient regime gives permission and more fundamentally perceives as in alignment with the state’s interests.

Human rights organizations also approach public health from a domestic perspective, but they frame the harmful effects as man-made human rights violations by the regime. For instance, advocates attribute public health issues such as malnutrition and diseases among political prisoners as caused by the regime. They blame Pyongyang for its policies of disproportionate distribution of food to its political elite and the denial of medical care to its political prisoners.

Furthermore, as human rights activists tend to focus on issues from a security and foreign policy perspective, advocates raise public health concerns of the possibility of North Korea intentionally weaponizing biological or chemical agents against its own population, especially its political prisoners. From the international level of analysis, these biochemical weapons are, understandably, worrisome because they are harder to detect, trace, and contain. Moreover, biochemical weapons are far less expensive to make than nuclear weapons and North Korea could have as many as ten biochemical warfare facilities. Human rights organizations have gathered witness evidence of North Korea weaponizing and intentionally harming the health of its own citizens, claiming these acts are a crime against humanity. Such biochemical agents can wreak havoc not only domestically, but also internationally if North Korea either intentionally or mistakenly releases them.

The underlying factor that leads to these differences between humanitarian aid workers and those who focus on human rights are the expected physical presence inside the country. Proponents of engagement have incentives to treat diseases inside the country because they, as aid workers, often personally enter North Korea or hope to enter eventually because of free trade or reunification.

The policy recommendation from these insights is that humanitarian aid organizations should start embracing technologies that allow a safe physical distance such as satellite technology. Access to satellite technology has been broadened so that any policy community can easily access images for their work. Furthermore, satellite imagery remains a key instrument that allows human rights organizations to operate outside of a country. It must be acknowledged that the historical traditions of Cold War narratives have influenced the heavy association of satellite imagery with political and military objectives, but there is no reason satellite imagery cannot become a neutral technology. Humanitarian aid organizations can embrace this technology to look at different areas than rights organizations, and it has the potential to improve many people’s lives. Adopting new technology can also help change outside influence and increase their legitimacy of evidence.

To be fair, the United Nations Office for the Coordination of Humanitarian Affairs (OHCHA) and the United Nations Children’s Fund (UNICEF) already conduct satellite analyses, but an integrated workforce dedicated to satellite analysis will be more effective than separate experts that happen to know how to interpret images. Infrastructure for a central clearing agency will help improve the continuity, integration, neutrality, and depth of knowledge regarding satellite imagery analysis and humanitarian aid.

That being said, technology will never be a panacea for aid or public health. Excessive reliance on one type of technology can lead to lapses in judgement. For instance, the intelligence community during the Reagan administration was confident that rebels in Nicaragua had a significant military build up of fighter jets. Yet no evidence ever emerged to support these claims. False alarms in the field of public health can also cause mass hysteria or even reduce the credibility of experts. This is why experts should double check images with other technologies or sources of information.

The policy outcome from each focus—that of humanitarian aid workers and human rights advocates—can sometimes seem diametrically opposed. An analysis focused on North Korea’s domestic public health situation can produce the recommendation of delivering medical aid to North Korea in the form of vaccines and disinfection support. A more international outlook with a larger focus on the government’s role in the public health situation can also lead to medical aid but also lay more blame at Pyongyang’s feet. Likely criticisms include the government’s unwillingness to take sufficient preventative measures or prioritize citizens’ health. Furthermore, policies along this line can isolate North Korea from the international community in the form of travel bans, reduction of trade (whether it be voluntary in the case of the Coronavirus or imposed by neighboring countries), and even economic sanctions if human rights violations are observed.