Will North Korea Remain Stable For the Foreseeable Future? 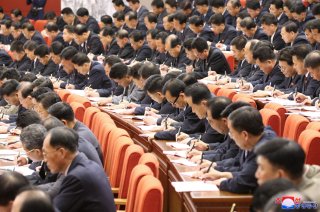 Despite significant economic problems, North Korea remains stable for now, meaning that the country is unlikely to descend into chaos or collapse. This is because North Korean leader Kim Jong-un appears to have a firm grip on power that enables him to contain any internal threats. While food scarcity and other economic uncertainties pose risks for Kim, whether they will lead to broader instability for the country remains to be seen.

There is every indication that Kim currently remains in control of the country’s institutions and society, which is an important gauge of North Korea’s political stability. Kim has continued to lead political events in recent weeks, including a four-day meeting of the ruling Workers’ Party of Korea that was completed in mid-June. His appearances in state media do not indicate any developments that suggest political turmoil.

North Korea is, however, facing major economic challenges. At the top of this list is food scarcity, which is partly due to North Korea’s decision to close its borders to prevent a coronavirus outbreak in the country. Kim made an unusual admission earlier this month that his country was facing a “tense” food situation, indicating the seriousness of the problem. While North Korea claims to have no coronavirus cases, the extreme measures the country has taken to prevent the pandemic have hurt its economy in ways beyond the food shortage. News reports indicate the country is also experiencing disruption of supply chains, a scarcity of goods, and wildly fluctuating prices.

Whether such economic problems will deteriorate further depends partly on the extent to which China, North Korea’s largest trading partner and traditional political ally, will help North Korea through both official and unofficial assistance. It will also depend on whether North Korea, which is extremely wary of the pandemic, will open its border with China to let items through and prevent a humanitarian crisis.

A worsening of the food situation and North Korea’s overall economic health pose risks for Kim, as discontent could rise among North Korean citizens who have absorbed the results of economic mismanagement for decades. Given the Kim regime’s tight control over the public, dissatisfaction at the level of ordinary citizens is unlikely to threaten the regime. After all, even a large-scale famine in the 1990s that killed millions did not spark a mass riot. A bigger risk for Kim could involve resentment among the North Korean elite that could give groups within the system, such as the military, more power. Even if that comes to pass, however, it may not necessarily endanger regime stability.

Other factors that can affect North Korean stability include a massive outbreak of coronavirus, which the North Korean health system is ill-equipped to handle. Given the importance of the leader in the North Korean system, any problems with Kim’s health, of which there is limited information, could pose a more direct threat to regime stability. But for now, North Korea seems stable and is more likely than not to stay that way, at least over the near term.

Naoko Aoki is an Adjunct Professorial Lecturer at American University and a research associate at the Center for International and Security Studies at Maryland.