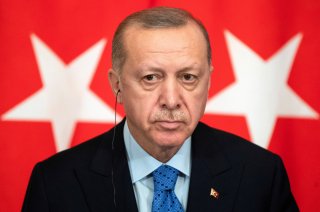 From 2002, when Recep Tayyip Erdoğan and the AK Party reached power, until about 2016, a debate raged among Turkey-watchers in the United States: Is Ankara still an ally?

Actually, due to nostalgia, that debate dragged on long after it was obvious that Turkey no longer was an ally. That issue, happily, is now closed; NATO membership notwithstanding, nobody seriously makes this claim anymore.

But a new debate has opened up: Is Turkey’s hostility a temporary aberration or the long term new normal? Is it more like Necmettin Erbakan’s coming to power in 1996–97 and Mohammed Mursi’s in Egypt in 2012–13, or more like the Iranian Revolution, now in its fifth decade?

Opinion in Washington is divided. Broadly speaking, the president, Defense, State, and business interests argue for it being an aberration; they expect this unfortunate interlude to end with a cheery return to the good old days. Congress and most analysts argue for long-term change; that’s my argument here.

To understand the American debate, one needs to go back to those good old days. The period from Turkey’s accession to NATO in 1952 to the key election of 2002 lasted a round fifty years; U.S.-Turkish relations, though not without hitches (most notably mutual fury over Cyprus in 1964), were simple and good: Washington led, Ankara followed.

I had the opportunity to spend a week as a guest at the Foreign Ministry in Ankara in October 1992; my most distinct memory is the paucity of decisionmaking. Officials hung out by the fax machine for the Turkish embassy in Washington to send policy guidance. I exaggerate, but not by much. This arrangement worked well for both sides for a half-century; Turkey enjoyed protection from the Soviet Union, the United States could count on a reliable ally.

Two developments eroded this stability in the 1990s: the Soviet collapse and mainstream Turkish political parties declining into corruption and incompetence. Islamists, a minor force since the days of Atatürk, took advantage of these changes, coming briefly to power in 1996–97. The military shoved them aside without addressing underlying problems.

Then followed the wild 2002 election. The AK Party came out of nowhere to benefit from a peculiarity in the Turkish constitution establishing a 10 percent threshold of the total vote for a party to enter parliament. Only two parties exceeded the 10 percent minimum that year; the others, literally, won 9, 8, 7, 6, and 5 percent. This oddity permitted the AKP, with one-third of the vote, to control two-thirds of the parliament. The resulting shock devastated the opposition, which remained demoralized until finally rallying to a victory in Istanbul’s mayor’s race in 2019.

As for relations with the United States, the turning point came soon after the AKP’s accession. On March 1, 2003, the Turkish parliament refused to allow American troops to use Turkish territory as a base for war on Saddam Hussein’s regime in Iraq. However stunning a change after fifty years’ stalwart alliance, American officialdom shrugged off this rejection. President George W. Bush continued his close relations with Erdoğan, whom he personally helped get over a judicial ban and become prime minister. Barack Obama called Erdoğan one of his five favorite foreign leaders. Donald Trump flattered and appeased him.

The consistent friendliness of these three dissimilar presidents demonstrates the reluctance in the White House to acknowledge the fundamental changes in Turkey. Likewise, the Defense Department tried to keep the good old days going, the State Department conciliated, Boeing and other corporations wanted to keep selling.

In this spirit, the Executive Branch downplays that Turkey is ruled by an Islamist strongman who controls Turkey’s most powerful institutions: the military, the intelligence services, the police, the judiciary, the banks, the media, the election boards, the mosques, and the educational system. More: he has developed a private army, SADAT. He cracks down at will on whoever publicly disagrees with him; for instance, dare to sign a mild petition, you might be labeled a terrorist and end up in jail. As Erdoğan’s popularity has waned, he has increasingly relied on electoral fraud, jailing opposition leaders and having his goons attack the offices of rival parties.

Not only are Erdoğan and the AKP entrenched in power but they have molded an entire generation and are transforming the country. It helps to see Turkey undergoing a version of Iran’s Islamic revolution. The world is witnessing in slow-motion a second Iran in the making, less violent and dramatic, more sophisticated and potentially more enduring. Using computer terminology, Khomeini was Islamism 1.0, Erdoğan is 2.0, maybe even 3.0.

A massive shift in Turkish attitudes towards the West in general, the United States in particular, has followed. In 2000, shortly before Erdoğan came to office, polls showed slightly over half of Turks favorable to America; this plummeted to 18 percent during his term. Anti-Americanism is now rampant in politics, the media, movies, school textbooks, mosque sermons, and beyond.

The hostility has become mutual. Anger over Turkey’s purchase of the Russian S-400 missile system led Congress to exclude it from the F-35 program. After decades of avoiding a vote on an Armenian genocide resolution out of concern for Turkish sensibilities, the House in 2019 voted 405 to 11 in favor of it; the Senate passed the bill by a voice vote.

There is little reason to expect that Americans will find a friendlier reception in Ankara after Erdoğan goes. Yes, he is sixty-six years old and reputedly suffers from various illnesses. But candidates bruited as his successor (such as Süleyman Soylu) adhere closely to his outlook. Further, the other major political strands in Turkey, the nationalists and leftists, are even more hostile than Erdoğan's party. With the exception of the Kurdish HDP, all the other parties sitting in Turkey’s parliament; (MHP, CHP Iyi) are more anti-American than the AKP. They actually accuse Erdoğan of being pro-American.

In conclusion, American policies must not be based on the hope that Turkey will come back. It is gone, as Iran is gone. Not forever, but for the duration. The U.S. government needs to prepare long term for a nasty, perhaps a rogue Ankara. Here are eight policy recommendations, starting with the least consequential, to deal with the new Turkey:

1. Complain, condemn, and to some extent take action over a range of foreign issues such as the Turks supporting ISIS, invading Syria, depriving of Syria and Iraq of riverine water, mounting an expedition to Libya, and drilling in the Cypriot exclusive economic zone.

3. Invite Kurds, Gülenists, opposition parliamentary figures, and others, to high-level meetings in Washington, to signal support for them.

5. Add Turkey to the Countering America’s Adversaries Through Sanctions Act (CAATSA) as a response to Turkey’s purchase of the Russian S-400 missile system.

6. Remove nuclear weapons from Incirlik, a NATO airbase in Turkey. Access to the base is sometimes restricted. The weapons cannot be loaded on the planes stationed there. The Turks could seize the weapons.

8. Expel Turkey from the North Atlantic Treaty Organization. Although NATO bylaws do not offer a means to oust members, the Vienna Convention on the Law of Treaties allows a unanimous majority to throw out a rogue state. It's just conceivable that this can be done. So, let’s do it.