Abu Bakr al-Baghdadi Is Dead (But His Legacy Lives on) 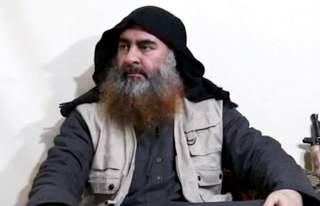 Baghdadi’s death is certainly a victory, although it does not affirm Trump’s reasoning for his precipitous withdrawal from much of northeastern Syria nor his abandonment of the U.S. partnership with the Syrian Democratic Forces (SDF). Indeed, SDF commander Mazloum Abdi said in an email shortly after confirmation of Baghdadi’s death that the operation against the Islamic State leader was the result of five months’ “joint intelligence work” between the SDF and U.S. forces.

Nor does Baghdadi’s death mean the threat posed by the Islamic State is over.

In 2006, Matthew Philips—at the time a reporter for Newsweek (he currently is an editor at CNN)—wrote a contemptuous essay entitled “Bush’s New Word: ‘Caliphate’” in which he castigated the president for even citing the term. “The beauty of ‘caliphate’ is that no one but students of Islamic history have much more than a vague idea of what it means,” Philips wrote. Not only did the president err by dredging up a historical term with little relevance to the present day, he implied, but Bush was also wrong to ascribe a negative to a concept with roots in the golden age of Islam.

In hindsight, of course, Bush was right to understand that the concept of caliphate had deep resonance in the Islamic world. Baghdadi’s July 2014 public sermon in Mosul, Iraq, in which he declared himself caliph did not resurrect the concept, but merely tapped into something which many Muslims craved, hence his ability to attract within months fighters from more than 100 different countries.

It is this embrace of the caliphate which will survive Baghdadi’s death. That the Islamic State at its height controlled almost one-third of Iraq and Syria captured the imagination of extremist Muslims worldwide. That Baghdadi allowed his followers to enslave Yezidis and non-Muslims whom they captured also made real in contemporary society practices abandoned by most Muslims centuries ago. That he resurrected and legitimized such concepts will give them resonance for generations.

But does the nature of his death change things? The late Al Qaeda leader Osama Bin Laden famously quipped, “When people see a strong horse and a weak horse, by nature they will like the strong horse.” Perhaps this is why Trump highlighted that “he died like a dog, he died like a coward.”

The problem is that the Islamic State propagated an ideology which took the eventuality of Baghdadi’s death into account. In 2014, journalist Graeme Wood noted, “The Bahraini cleric Turki al-Bin'ali [who, prior to his death, was among the Islamic State’s top theologians] cites a saying attributed to Muhammad that predicts a total of twelve caliphs before the end of the world. Bin'ali considers only seven of the caliphs of history legitimate. That makes Baghdadi the eighth out of twelve.”

In practice, this means that any successor can try to tap into the same forces and resentment that propelled Baghdadi to power. If he succeeds, he can claim legitimacy as the ninth caliph; if he fails, then those seeking the caliphate can explain his death by saying that his faith proved he was not legitimate. Either way, however, Baghdadi’s concept of the caliphate can continue.

This is not just academic theory. I spent much of last week talking to political and military officials in Afghanistan and Pakistan. Afghanistan hardly hits the headlines in the United States today. When it does, it is often in the context of either a Taliban terrorist attack or U.S. Special Envoy Zalmay Khalilzad’s efforts to strike an agreement with the Taliban. Both of these, of course, concern Afghan and Pakistani authorities, but their biggest fear is that the Islamic State has established a presence between and perhaps within both countries. On October 18, for example, a suicide bomber killed dozens during Friday prayers in a Nangahar village in Afghanistan. Afghan officials said they suspect the Islamic State rather than the Taliban was to blame because the same mosque and townsmen had been threatened by the group weeks earlier.

In short, Trump and U.S. forces deserve congratulations for ridding the earth of the murderous would-be caliph. But to believe the forces which propelled him to power and infamy will dissipate with his death would be naïve. Trump has closed the chapter on the end of the beginning, but the next chapters in Baghdadi’s concept of the caliphate will play out for years, decades, and perhaps centuries to come.