The Aftermath of the Afghan War 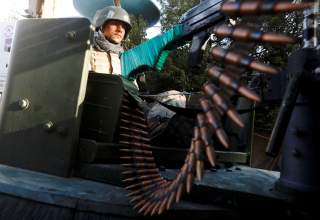 After eighteen years of war in Afghanistan, the country remains a key security challenge for the United States with various counterterrorism implications in a chaotic region. The Afghan conflict now continuing for nearly two decades, has been enormously costly to the people and government of Afghanistan as well as its coalition partners. The United States has been actively involved in the country since its intervention to topple the Taliban regime in 2001. When President Donald Trump took office in January 2017, there were still hopes in Washington that with adopting a new strategy and sending more troops, it would be possible to turn the tide of the Taliban-led insurgency. The assumption was that increased military pressure might open the door for meaningful peace negotiations with reconcilable factions of the Taliban. But since last year the unanimous consensus within domestic and international circles is that there is virtually no possibility of a military victory over the Taliban. The only way to end the Afghan war is through a political settlement that can incorporate the Taliban into the Afghan political system. This arrangement could possibly be achieved by the establishment of an interim administration or constitutional amendment.

For this purpose, the Trump administration has rightfully intensified its efforts by appointing an experienced and shrewd diplomat, Zalmay Khalilzad, to engage the Taliban and to find a political solution. The overall consent is that the Afghan fight, which has been increasingly bloody in recent years, must attain a peaceful resolution. Thus, there has to be a political determination since all wars have to come to an end through diplomatic and political means. But peace in Afghanistan, like any other conflict-ridden states, has a huge cost that the Afghan people and its government must be willing to pay in order to end violence. After all, it’s the long-suffering people of Afghanistan that remain the biggest victims of terrorism and extremism in their country.

It’s important to keep in mind that the United States is not the only country interested in peace and stability in Afghanistan. Regional powers such as Russia, China, India and Iran are heavily invested in the outcome of the conflict, despite their divergent views on the current situation in the country. These states have interest in preventing Afghanistan from once again becoming a safe havens for different terrorist groups that can serve as a source of regional instability. They also have a shared responsibility to create favorable conditions for a result-oriented peace process that could lead to a permanent political settlement.

Moreover, the United States must seize the opportunity when engaging the Taliban to make clear that America’s role will not come to an end—even if there was a political settlement with the group. Accordingly, U.S. policymakers must remember that the war in Afghanistan is taking place in a larger strategic context for the security interests of the United States and its international partners. Therefore, a hasty U.S. withdrawal with impetuous decisions could lead to more instability in Afghanistan and the wider region. In addition, failure at this stage could throw the country into fresh turmoil at a time when the region is faced with myriad security and political challenges.

There is no doubt that an Afghan-led and Afghan-owned peace process is desired by all sides since each of the stakeholders have a direct interest on the improvement of the situation. But make no mistake that the long-term U.S. presence and its military and financial role would entail difficult decisions for the Afghan government, the Taliban movement, and U.S. leaders. Hence, there have to be compromises made by the concerned parties in order to achieve peace.

Consequently, it’s important that diplomatic and political efforts must be concentrated between the Taliban’s demand for a complete withdrawal of U.S. forces as well as the United States’ stand for a future political set up that is acceptable to both sides. In such a case the Taliban may well recognize that a potential window for a peace deal, backed by regional and international powers may be closing. For this reason, it would be better for the group to engage in direct negotiations with Afghan state representatives on the establishment of a broad-based government. Since a peaceful Afghanistan is vital for the stability of the region; this development will bring all regional players into bilateral and multilateral arrangements to align their interests and cooperate on Afghanistan.

Among the regional powers, no country is better suited to help Afghanistan in its quest for peace than Pakistan. While Pakistan has long publicly reiterated its support for peace and stability in Afghanistan, those assertions have yet to convince U.S. and Afghan officials that Islamabad is adamant to push Taliban for genuine reconciliation. Now that the peace process has once again resumed, it’s time for Pakistan to show its sincerity for an inclusive intra-Afghan dialogue. By taking this move, Pakistan would benefit the most as Islamabad cannot afford to have perpetual instability on its western border that could serve as a base for Pakistani-focused groups to create insecurity in its soil.

Therefore, it’s in Pakistan’s own national interest to support a comprehensive peace process with no favorite groups in Afghanistan. Understandably, Pakistan may seek its long-term and strategic interests along the way within the country. But those interests must be legitimate and acceptable for the people and government of Afghanistan. More importantly, the concerns that continue to feature in Pakistan’s evaluation of the events in Afghanistan must be communicated to the Afghan and American side. It’s essential so that the Pakistani political and military establishments are reassured that their reasonable interests, as an important neighbor, would be considered and secured.

If those assurances are given to Pakistan by the United States and the wider international community, Islamabad may genuinely help in the Afghan peace process. To that end, Pakistan could potentially encourage the Taliban to enter into serious negotiations with the Americans and engage their fellow Afghans on the future of a state that is acceptable by all Afghans. This move would be not only in the best interest of Pakistan but also other key stakeholders. It’s because a political settlement that guarantees enduring security in Afghanistan is central for promotion of peace, stability and development in the region.

Ahmad Murid Partaw is the former Afghan Senior National Representative (SNR) to the U.S. Central Command (USCENTCOM) and a graduate of Political Science from the University of South Florida (USF) in Tampa, FL. His research focuses on Afghan politics and the Middle East. He is an Alumni of the Near East South Asia Center for Strategic Studies (NESA) as well as United States Special Operations Command (SOCOM) and Joint Special Operations University (JSOU). He writes about Afghanistan and Pakistan in Foreign Policy Journal, The National Interest, IHS Janes, Eurasia Journal, Kabul Times, and Indian Strategic Studies.