America Must Accept Its Defeat in Iraq and Afghanistan 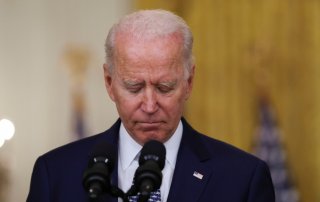 American national interests are not the aspirations that some Americans have for their country on the world stage. Some citizens, for example, may want the United States to be the world’s predominant economic, military, and political power, able to assert itself incontestably in every important world region. Some may entertain particular goals so deeply—such as defending Ukraine against Russian encroachment, ridding Cuba of communism, and stopping Hamas attacks against Israel—as to portray them as vital to the country.

To qualify as a national interest, however, a foreign policy objective must attract the committed support of a vast majority of Americans. To be sure, some operational goals, such as retaliating against Al Qaeda after 9/11 or “bringing Osama bin Laden to justice,” may enjoy that kind of broad support. However, they do not qualify as vital national interests because they are not enduring. They cannot serve as touchstones for U.S. foreign and national security policy over decades and generations. Only widely shared aspirations attached to long-term goals can be usefully treated as national interests, capable of guiding policy across both decades and partisan lines.

Washington’s virtually unlimited military, economic, and diplomatic aid to Israel and its close security and economic ties to the Gulf oil kingdoms and to Egypt show that President Joe Biden’s decisions to accept defeat in Afghanistan and Iraq by ending U.S. combat deployments there do not mark a complete withdrawal from the Middle East. But they do indeed reduce U.S. clout in the region by signaling that American military might does not translate confidently into stable political architectures, and that implicit or explicit promises from Washington to use its military strength for such ends cannot be relied upon.

On the other hand, Biden’s decisions do not damage U.S. national interests. Aside from planetary survival, America’s most vital interest is avoiding destructive, catastrophically costly, and unwinnable conflicts such as Vietnam, Iraq, and Afghanistan. These wars were by far the most serious blows inflicted on our country since World War II and they were, let us never forget, almost entirely self-inflicted.

One can say that America’s humiliation in Vietnam helped prevent the deaths of hundreds of thousands or even millions of central Americans or Angolans in American interventional wars that did not occur in the 1980s because of lessons learned, at least temporarily, following defeat in Vietnam. So too we may hope that defeat in Iraq and Afghanistan will help those brave American politicians who will object in the future to hitting nails in the Far or Middle East with the American military hammer. Their struggle, in the name of America’s real national interests, to resist the dangerous combination of U.S. military superiority and domestic political incentives to attack the country’s enemies, may well be assisted by elites in future target countries who refuse to believe American promises to save and protect them in return for supporting the American war effort. These elites may learn from Afghanistan and Iraq that, except for a lucky few thousand who wangle U.S. passports, most will end up on the wrong side of history in their countries once the Americans leave.

Ian S. Lustick is the Bess W. Heyman Chair in the Political Science Department at the University of Pennsylvania and the author of Paradigm Lost: From Two-State Solution to One-State Reality.