Amid Internal Strife, Iran Turns Attention to the Caucasus 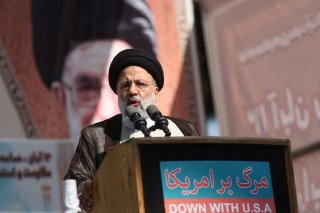 Iran’s recent military exercise on the Aras River and its diplomatic mission to Armenia relate to issues beyond the Nagorno-Karabakh War. Foreign Minister Amir-Abdollahian’s three-day visit to Armenia and the Islamic Revolutionary Guards Corps’ (IRGC) three-day exercise on the Aras River signal a shift in Iran’s strategy toward its northwest region. While significant in their own right, Iran’s recent diplomatic and military initiatives in the Caucasus reflect not only its approach to its northwest region after the Nagorno-Karabakh War but also efforts to resist foreign interference and what it defines as separatist movements inside its borders and among its neighbors.

While Iran has maintained an official policy of neutrality vis-à-vis Armenia and Azerbaijan since the fall of the Soviet Union, Turkey’s interference on the side of Azerbaijan in the Nagorno-Karabakh War, which ended in 2020, has since prompted Iran to provide greater support to Armenia. Iran’s interest here is twofold. On the one hand, Iran has an existential interest in maintaining the integrity of its neighboring borders, which have shifted at various times in the country’s history, particularly in the north, as both Armenia and Azerbaijan were once part of Iran. On the other hand, maintaining border security mitigates foreign interference and separatist resistance. But a resurgence of violence between Armenia and Azerbaijan in September and October of this year overlaps with widespread protests in Iran, as well as armed conflicts in Kurdistan, both of which it blames on foreign meddling and separatist rebellion.

On October 22, the IRGC and Foreign Minister Amir-Abdollahian completed a military training exercise on the Aras River and a diplomatic trip in Armenia, culminating in the consulate opening in Kapan. During his trip, Amir-Abdollahian discussed with Armenian prime minister Nikol Pashinyan the need to maintain and develop the North-South corridor, which would function as a transit route between the Persian Gulf and the Black Sea through Armenia and Georgia; he also emphasized that Tehran is against any changes to the borders of the region. Amir-Abdollahian’s statement on border changes refers directly to the disputed Nagorno-Karabakh region—acquired by Azerbaijan in 2020—and parallel efforts by Turkey and Azerbaijan to develop the Zangezur corridor, which would run through Armenia’s southern border and provide Turkey with direct access to Central Asia, minimizing Iranian influence.

In late October, Prime Minister Pashinyan also met with Russian president Vladimir Putin and President Raisi to resolve these issues diplomatically, with Raisi expressing intolerance for the Zangezur corridor. At present, due to the Russian invasion of Ukraine, the Zangezur corridor would provide a much-needed East-West alternative. Yet, Iran has supported the North-South corridor because it would benefit more from a Persian Gulf-Black Sea transit route than an East-West route in the Caucasus. The Zangezur corridor would also involve Russian and Turkish interests.

The IRGC’s simultaneous military exercises on the Aras River reflect two of Iran’s immediate concerns. The first concern stems from the Zangezur corridor, which would potentially interfere with the Iran-Armenia border. An additional problem is one expressed by some Iranian lawmakers regarding Israel’s presence in the Caucasus and Central Asia. Mohammad Safaei, a representative from Rezavi Khorasan Province, stated, “The Zionists are seeking to undermine the Islamic Republic’s influence in Central Asia through this [presence]. But they will never succeed.” And Hasan Hemmati, a member of the Parliament’s National Security and Foreign Policy Committee, added, “This exercise was a show of force whose message is peace and friendship for the neighboring countries and a decisive response to any threat for the enemies” It should also be noted that on October 24, after the above statements, Iran claimed to have arrested ten agents working for Israel.

But these developments must also be understood in the context of current domestic politics, in terms of ongoing protests and armed conflict in Iran’s Kurdish regions. During his speech in Armenia, Amir-Abdollahian referenced Mahsa Amini: “The death of Mahsa Amini affected everyone,” he announced, going on to characterize the reaction of the protestors as “violent” and “unacceptable.” A young woman from Saqez, Kurdistan in the northwest, Mahsa Amini was tragically killed by the morality police on September 22. Her death sparked nationwide protests, including demonstrations in Kurdistan, as well as the Sistan and Baluchistan regions in the southeast, which were met with violent repression to quell the “separatist threats.”

Complicating matters is that Amini’s cousin serves as a fighter for Komala, an exiled Iranian Kurdish opposition party based in Iraq. However, he denies that she had any connection to the group. Amini’s uncle is also the head of the Sunni community in Sanandaj—an almost entirely Sunni city—where earlier this year, he protested the placement of banners for the Shi’a holiday Eid al-Ghadir. These connections highlight the continued tensions between Iran’s Kurdish regions and the Iranian central government and the conflict in the northwest more generally—an historically rebellious region where the government has sought to dominate and subdue Kurdish tribes.

The human cost of the government’s efforts to dominate the northwest, especially since the protests began, should not be understated. Extending beyond Iran’s borders, much of the recent violence has focused on Iraqi Kurdistan, where exiled Kurdish opposition groups like the Komala are based. Since late September, the IRGC has targeted these bases where during one attack, at least sixteen people were killed, and over fifty were injured.  Ihsan Chalabi, the mayor of Sidakan in Iraqi Kurdistan, said,“So far, six villages have been completely abandoned and two schools have been closed”

Using various strategies, Iran is attempting to secure its northwest borders and generally dominate the northwest region. Whether the threat is Israeli, Turkish, Kurdish, or Azerbaijani, real or imagined, it is essential to understand these policies and their consequences in their broader domestic and international context. It should also be noted that foreign interference, while not always the cause of turmoil and sometimes overstated, has been a historical reality. Iran’s conflicts in the northwest are hardly recent. However, its increased security measures in the region are directly related to domestic events, which, in turn, have consequences for regional politics for the Caucasus and Kurdistan and global commerce regarding North-South and East-West trade. The human toll of these policies is, of course, the actual cost of security, trade, and stability—a price which has only increased in recent weeks.

Alexander Nachman holds a DPhil in Middle Eastern Studies from the University of Oxford. His research has appeared in various academic journals including Modern Intellectual History, British Journal of Middle Eastern Studies, Sociology of Islam, and others. He is currently working on a book about Ayatollah Khomeini.