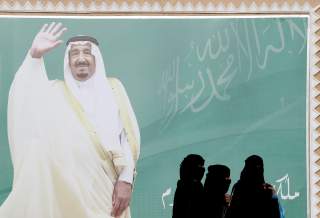 An officer in the Kuwaiti Ministry of Defense once shared with me an idiom reflective of life in the Persian Gulf: the camel falls once, and suddenly every man has a knife. The Gulf Cooperation Council was created with the intent of ensuring its members states’ sovereignty, but the recently concluded—and inconclusive—summit in December held to address the ongoing blockade against Qatar invites a reassessment of the United States’ priorities in the region. Saudi Arabia currently holds the spotlight with its fumbling of an extrajudicial murder, ongoing war in Yemen and tribal-familial drama, but recent moves by steadier hands in the region betray a growing notion that the camel may have finally stumbled.

Beginning in 2019, Kuwait, led by the respected Sheikh Sabah, will begin coordinating and sharing military experience with Turkey. The move represents not only the latest push by Turkish president Recep Tayyip Erdogan into the Saudis’ sphere of influence but also shows concern on behalf of the Gulf’s moderate voices. President Donald Trump was quick to support the Saudis’ blockade on Qatar, and considering his defense of the regime in the aftermath of the botched Khashoggi murder, who could expect him to defend Kuwait if the Saudi royal family decided to seize its oil fields or otherwise infringe on Kuwaiti sovereignty? Two years of embargo against a GCC member state have strained Kuwait’s ability to effectively mediate, and Turkey’s moderate Islamism, democracy (with serious caveats) and general stability in leadership make it an obvious alternative for leadership in the wider Middle East.

Turkey’s ability to maintain vast cultural and entertainment industries, moderate Islamism, an aggressive foreign policy and influence both sides of the West-Russia dichotomy has clearly impressed potential allies throughout the region. The GCC was created to provide security to micro-states unable to provide their own, and the need to seek a big brother-like benefactor is going to be hard if not impossible for the smaller Gulf states to abandon. Weak but wealthy states will be seeking a bellwether of political Islam that actually has a political future.

Turkey has done well to position itself as the obvious alternative to Saudi Arabia’s leadership. Deploying troops to a blockaded Qatar sent a few messages. First, that the Saudis’ actions in the Gulf region weren’t ignored beyond the peninsula. Second, that Gulf microstates were recognized as individual states with identities beyond their relations to one another. And lastly, that a Muslim country existed that was prepared to stand up to Saudi Arabia—and to contest its leadership in the region. Those messages had been sent well before Crown Prince Mohammed bin Salman gave Turkey the sweetest gift of all: moral superiority.

Under the looming shadow of the house of Saud, it is fair for heads of smaller families and states to fear the ultimatum now facing Qatar. Sheikh Sabah in Kuwait, ever aware of the tiny Gulf state’s vulnerability, is reminded by the standoff that assurances must be made regarding his oil-rich state’s security. Kuwait is sparse. Its deserts are empty save for oil and it is still trying to figure out how to grant a few rights to the migrant workers on whom it heavily relies without making its citizens feel threatened. Such states—and the Gulf has a few—require outside help and benefactors.

Kuwait, however, isn’t alone in quietly pursuing an agenda that runs counter to the Saudi-Bahraini-Emirati triangle. Another example is Oman, the quiet eccentric of the GCC, whose Sultan Qaboos bin Said not only hosted a recent “Made in Qatar” exhibition but has also reported a 100 percent increase in trade with the blockaded nation. Lacking Kuwait’s duties as mediator of regional spats, it is easy to miss Oman’s gestures toward autonomy, such as a recent mutual defense pact signed with the United Kingdom or the reception of Israeli prime minister Benjamin Netanyahu. Both Oman and Kuwait have fulfilled their regional duties by playing ball at the latest summit and holding their tongues on the Khashoggi affair, but they aren’t hiding their wayward glances.

Qatar, like Kuwait, is small and has needs—among them food and a future after fossil fuels. Despite the ongoing blockade against it, Qatar has not only pledged $15 billion in investments to the Turkish economy but also unilaterally exited OPEC and snubbed its Gulf counterparts by sending a more junior minister to represent it at the latest summit. Tens of billions were likewise pledged by GCC members to Bahrain in the past decade, and like the money Qatar has pledged to Turkey or that the GCC has pledged to its other regional beneficiaries, it comes with a price and an expectation. The future of the GCC will undoubtedly be a tumultuous one with economic—and possibly human—casualties. Saudi Arabia, through the commodification of its Islamic heritage, has staked claim on a culture it can export. Turkey, though bringing its own baggage, offers a safer, more globalized alternative that seems to be opening pockets.

The GCC was an initiative of the Sabah family and a logical step forward for the region of micro-states to ensure security with the backing of a world power, the United States. The reaction by post–invasion Kuwait to seek stability through cooperation should be mirrored by post–Qatari embargo Kuwait and post–Khashoggi affair Kuwait. Even with finite resources and populations unprepared to support post–oil economies, there appear to be multiple ways in which both Kuwait and Oman can forge strategic alliances within and beyond the GCC without tying their fates to the house of Saud.

Clayton Crockett is an Arabic curriculum development coordinator for U.S. government clients. He previously taught English for the Kuwaiti Ministry of Defense. He has also lived in Turkey and Tunisia.